COLUMBIA, Mo. (AP) — Civil rights groups on Tuesday appealed to the Missouri Supreme Court after a local judge dismissed their lawsuit seeking to allow all Missourians to vote absentee in upcoming elections to help reduce the risk of catching or spreading the coronavirus.

The lawsuit was filed in Jefferson City by the ACLU of Missouri and the Missouri Voter Protection Coalition on behalf of the NAACP, the League of Women Voters and several residents. It claims that requiring voters to appear at traditional polling places during the pandemic puts lives at risk.

Cole County Circuit Judge Jon Beetem in a Monday judgment tossed the lawsuit, writing that the civil rights groups who sued were asking for widespread absentee voting for all future elections regardless of whether COVID-19 is still around.

Beetem wrote that the plaintiffs sought “radical and permanent transformation of Missouri voting practices without the authorization of the Legislature.”

Voters currently can request absentee ballots only if they provide an excuse for why they can’t vote in person. Illness is one option, but the law isn’t explicit on whether the illness excuse covers healthy voters concerned about catching or spreading COVID-19.

Under the bill, people considered at-risk of the coronavirus — those age 65 and older, living in a long-term care facility or with certain existing health problems — could vote absentee without needing to have their ballot notarized. Anyone else could cast a mail-in ballot but would need to get it notarized.

As of Tuesday, the state health department reported 11,080 positive cases of coronavirus and 616 deaths.

Parson on Tuesday said the state plans to test 7,500 people a day for COVID-19 as businesses slowly reopen. He said to expect more state budget cuts in the next week or so and said he'll also likely cut the budget for next fiscal year, which begins July 1.

Also on Tuesday, a St. Louis-based health care system announced it's furloughing almost 3,000 employees for eight weeks as it struggles to cope financially with the coronavirus pandemic.

BJC HealthCare spokeswoman June McAllister Fowler in a statement said some of the 2,962 furloughed workers might be able to return to work sooner depending on patient volumes. She said the system will pay medical and dental premiums for employees on furlough.

The health care system's announcement came the same day a Kansas City hospital confirmed it's treating a second child for a rare inflammatory syndrome that's affecting some children with the coronavirus.

Children’s Mercy Kansas City spokeswoman Lisa Augustine in a Tuesday email said one patient has been released and another is still being treated.

For most people, the new coronavirus causes mild or moderate symptoms, such as fever and cough that clear up in two to three weeks. For some, especially older adults and people with existing health problems, it can cause more severe illness, including pneumonia and death. 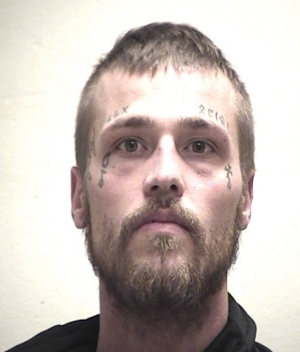