TOPEKA, Kan. (AP) — A top Republican lawmaker in Kansas on Friday disputed what has become a key talking point for GOP colleagues who are blocking a bipartisan plan to expand the state's Medicaid program by arguing that it could lead to taxpayers funding elective abortions.

Abortion opponents want to pass an amendment to the Kansas Constitution declaring that its Bill of Rights does not “secure” the right to an abortion, overturning a state Supreme Court decision last year. The measure passed the Senate but failed in the House, and its backers are promising to block any debate on Medicaid expansion until the proposed amendment is put on the ballot for voters' possible approval.

Anti-abortion lawmakers and groups have argued over the past week that a Kansas law banning state funding of abortions is likely to fall to a legal challenge unless the anti-abortion amendment is enacted. They also contend that expanding Medicaid likely increases the number of women could obtain taxpayer-funded abortions.

But Denning said in his email that “there is NO link.” Denning voted for the proposed anti-abortion amendment when the Senate approved it.

Denning said under a section of the Medicaid expansion bill, pregnant women specifically would not be covered by the expanded part of the program but by the traditional Medicaid program. 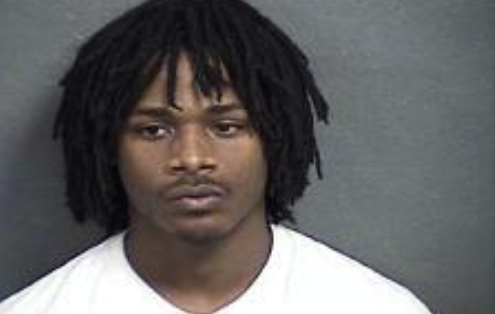 KANSAS CITY, KAN. – A Kansas man was indicted Thursday on federal charges of assaulting an undercover officer after she paid him $400 for a handgun, according to U.S. Attorney Stephen McAllister.

An affidavit filed in the case alleges that on Feb. 6, 2020, Newman met the undercover officer in the parking lot of a Sunfresh grocery store at 241 S. 18th Street in Kansas City, Kan. The agent gave Newman $400 and he gave her a .45 caliber Ruger Model P234 pistol. She asked if the gun came with a clip and he said it did. Then Newman reached for the firearm and tried to pull it away from her. During the struggle, the agent shouted for help and a second agent grabbed Newman from behind.