KANSAS CITY — The parent company of the Kansas City Star has filed for Chapter 11 bankruptcy protection in New York.

McClatchy Co., which owns The Kansas City Star and Wichita Eagle, says it hopes to shed about 60 percent of its $703 million in outstanding debt obligations as it continues its transition to digital media.

McClatchy owns 30 newsrooms in 14 states. Besides The Star and Eagle, they include the Miami Herald in Florida, The News & Observer in Raleigh, North Carolina, The Star-Telegram in Fort Worth, Texas and the Sacramento Bee in McClatchy's California hometown.

McClatchy has been laboring under a heavy debt burden since acquiring the Knight-Ridder chain of newspapers in 2006 for $4.5 billion.

The company, the country's second-largest newspaper chain, has secured $50 million in debtor-in-possession financing from Encina Business Credit. That, combined with its operating cash flow, should provide enough cash for the company to function, McClatchy said.

“When local media suffers in the face of industry challenges, communities suffer: polarization grows, civic connections fray and borrowing costs rise for local governments,” CEO Craig Forman said in a statement. “We are moving with speed and focus to benefit all our stakeholders and our communities.”

If creditors and the bankruptcy court accepts McClatchy's reorganization plan, Chatham Asset Management, a New Jersey hedge fund with $4.5 billion in assets that already owns a stake in McClatchy, would operate McClatchy as a private company. More than 7 million shares of publicly owned and family-owned stock would be canceled.

McClatchy was founded in Sacramento in 1857 during the California gold rush and the namesake McClatchy family has had a continuous ownership role since then.

The bankruptcy proceeding would also allow McClatchy to address some $800 million in unfunded pension obligations. The company's qualified pension plan covers more than 24,500 current and future retirees and is supported by fewer than 2,800 employees. Under McClatchy's Chapter 11 plan, the federal Pension Benefit Guaranty Corp. would take over administration of the plan and McClatchy would make payments of $3.3 million per year to the agency over the next 10 years.

That, too, would require bankruptcy court approval.

In the short-term, the bankruptcy filing should have no immediate effect on McClatchy's newspapers, which will continue to operate as the Chapter 11 proceeding proceeds.

Unknown at this point is whether the newspapers will be sold — either individually or in groups — or will remain part of a more nimble, less debt-burdened McClatchy.

The Associated Press contributed information to this report. 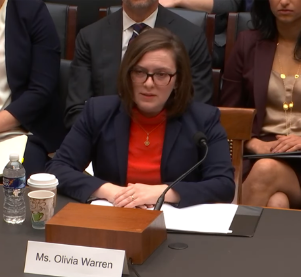 WASHINGTON (AP) — A former law clerk said she was repeatedly sexually harassed by the prominent federal judge she worked for, the late Judge Stephen Reinhardt, and that the judiciary’s new system for reporting misconduct remains inadequate.

The former clerk, Olivia Warren, said in congressional testimony Thursday that Reinhardt often made disparaging comments about her appearance and expressed surprise that her husband would be attracted to her. She said the judge had a shelf in his office that was reserved for photographs of female law clerks whom Reinhardt found attractive.

She said the judge called her “a stupid little girl” when she expressed her disappointment in Reinhardt’s unwillingness or inability to grasp the harm of sexual harassment.

Warren, a Harvard Law School graduate, worked for Reinhardt in 2017 and 2018 until his death at age 87. He was a staunch liberal who was appointed by President Jimmy Carter and served for more than 37 years on the 9th U.S. Circuit Court of Appeals. It had been among the more liberal appellate benches until President Donald Trump appointed 10 of its 29 judges since 2018.

Warren now works for the Center for Death Penalty Litigation in Durham, North Carolina. A yearlong clerkship for a federal judge is a coveted job for new and recent law school graduates.

Warren testified at a hearing of the House Judiciary Committee’s panel on the courts about protecting employees of the judiciary from harassment and other workplace misconduct. The hearing follows the reprimand of a federal judge in Kansas, U.S. District Judge Carlos Murguia, for sexually harassing female employees and having an extramarital affair with an offender.

Last year, the judiciary revised its codes of conduct for judges and judicial employees to more clearly spell out inappropriate workplace behavior, including sexual harassment.

Under the revisions, judges and judiciary employees have a responsibility to report misconduct. Retaliating against anyone for reporting misconduct is unacceptable.

The changes approved by the policymaking body for the federal court system, the Judicial Conference of the United States, came after more than a year of study and work. The review was prompted by reports of allegations by former law clerks of another 9th Circuit judge, Alex Kozinski, that Kozinski had touched them inappropriately, made lewd comments and shown them pornography.

Kozinski, an appointee of President Ronald Reagan, retired soon after.

The allegations against Kozinski enraged Reinhardt, Warren said. Reinhardt told her he planned to publicly confront one of Kozinski’s accusers at an event at the University of California, Irvine. Leah Litman, a former law professor at the Irvine campus who said Kozinski had touched her inappropriately, acknowledged Thursday that Reinhardt had in fact publicly insulted her. Litman, who now teaches law at the University of Michigan, was in the audience for Warren’s testimony.

Warren said the changes adopted by the judiciary have not removed the barriers that law clerks confront if they want to take the very delicate step of coming forward. She said she received no assurance that her allegations would remain confidential and was stunned that she was told to approach other judges with her complaint.

“Surely there must be some better system than one that requires abused clerks to report their abuse to the courts or the friends and confidantes of their abusers,” Warren said.

Jackie Koszczuk, a spokeswoman for the judiciary, said in a statement that the judiciary is taking Warren’s testimony seriously. “We are committed to addressing this new information and continuing to refine our processes and procedures for protecting our employees and addressing misconduct,” Koszczuk said.

WICHITA, Kan. (AP) — The U.S. House Judiciary Committee has questioned the adequacy of the protections against workplace harassment and misconduct in the judicial branch after a federal judge in Kansas was publicly reprimanded for sexually harassing female employees and having an extramarital affair with an offender.

The Judicial Council’s findings “document very troubling workplace behavior by an active judge that was never reported,” the committee said in a letter to James C. Duff of the Judicial Conference of the United States, Chief Judge Timothy Tymkovich of the 10th Circuit Court of Appeals and Chief Judge Julie Robinson of the District of Kansas.

The Council has not said what has been done to ensure a safe workplace for Murguia’s co-workers and other employees, the letter says. Murguia is based in Kansas City, Kansas.

The congressional leaders asked what support has been provided for employees who work with Murguia, whether they have been provided an opportunity to seek work elsewhere in the court, when the misconduct began and how many people he harassed. It also seeks answers on whether any of the people he harassed suffered negative personnel decisions and whether any plan is in place to review his personnel decisions.

It asks why none of the employees felt comfortable filing a complaint against Murguia and seeks to discover whether other judges in the federal courts in Kansas were concerned about his behavior.

The committee requested a response by Feb. 20.

While the letter thanks the Judicial Council for making its order against Murguia public, it says partial transparency is “never enough.” The congressional leaders wrote that they hoped there would be a frank examination of the adequacy of the steps taken to address Murguia’s misconduct and what further actions are needed to ensure that the judicial branch provides a safe workplace.

The letter was signed by Chairman Jerald Nadler, Vice Chair Mary Gay Scanlon along with Henry “Hank” Johnson Jr., chairman of the Subcommittee on Courts, Intellectual Property and the Internet. and Rep. F. James Sensenbrenner, Jr.

In addition, the House Judiciary Subcommittee on Courts, Intellectual Property and the Internet plans a hearing Feb. 13 examining the judiciary’s protections against workplace harassment, discrimination and other misconduct. The hearing aims to provide oversight on the judiciary’s steps to reform its policies and to build a record for possible legislation.

Under the federal judiciary’s rules, the 10th Circuit’s decision is not the final step in the process, said David Sellers, spokesman for the Administrative Office of the U.S. Courts. Those rules show that the Judicial Council must transmit its order to the Committee on Judicial Conduct and Disability for review.

Murguia, who apologized for his conduct when the Judicial Council issued its rebuke last year, did not immediately respond to an email seeking comment on the congressional leaders’ letter.

Murguia was appointed to his federal judgeship in 1999 by then-President Bill Clinton, a Democrat, after serving as a Kansas district court judge in Kansas City. He was the first Hispanic federal judge appointed in Kansas.