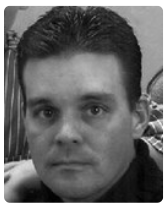 JACKSON COUNTY— A Missouri man has been charged with murder after authorities say a person he was with during a home invasion was fatally shot.

Richard Saettone, 39, of Independence, stands charged with felony murder and second-degree burglary, according to a media release from the Jackson County Attorney's office.

Police said Saettone told officers he and 45-year-old Robert Shinneman went to an apartment in September to steal drugs and money when a resident shot and killed Shinneman.

The resident told police he was watching television at the apartment when he heard his windows rattling. Believing someone was trying to break in, he said he pulled back the drapes and announced he had a gun.

The resident said he then heard someone behind him and saw a person wearing a mask and holding a gun. The resident fired one shot, and the person fell to the floor. Police later identified the masked man as Shinneman.

Police said they were tipped to Saettone’s alleged involvement in the break-in by a confidential informant. Saettone remains in federal custody, according to the release.