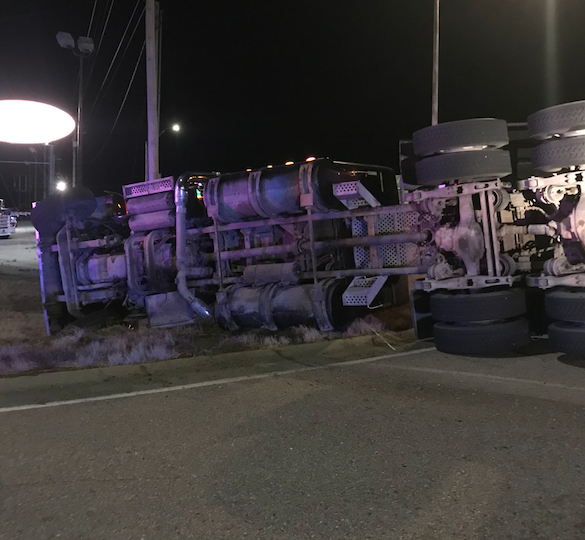 A 2008 Kenworth truck tractor and livestock semi-trailer loaded with 155 head of swine and driven by Eliseo Lozano, 26, Guymon, OK., was eastbound at the junction of U.S. 56 at Kansas 156 approximately 3 miles east of Great Bend, according to Sheriff Brian Bellendir.

The truck overturned while the driver was attempting to make a turn.

It appears the driver may have cut the turn to sharp, causing the livestock to shift and overturning the trailer, according to Belledir.

The Sheriff’s office and other personnel were on the scene until approximately 2:30a.m. offloading the livestock to another truck. Approximately 10 head of swine were killed in the accident