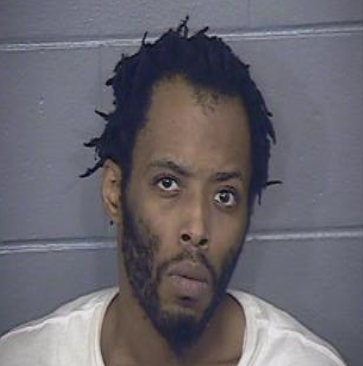 KANSAS CITY (AP) — A Kansas City man has been charged with killing a man during an argument outside a liquor store.

Two witnesses told police the shooting happened as Berry was trying to intervene in an argument between his cousin and Taylor.

Surveillance video shows Berry raise his hand in an apparent attempt to stop the fight, according to the probable cause statement. It says the video also shows the cousin throwing a punch at Taylor, who ducked away before pulling out a handgun and shooting Berry.

Berry then took out his gun and fired shots toward Taylor as Taylor ran away. Taylor allegedly fired more shots as he ran, got into a car and drove away.

A third witness said the shooting happened during a drug deal, but the other witnessed denied attempting to sell marijuana to Taylor.

Taylor went to police headquarters on Tuesday with an attorney. Court records say he declined to provide a statement to police. No attorney is listed for Taylor in online court records. His bond is set at $100,000.