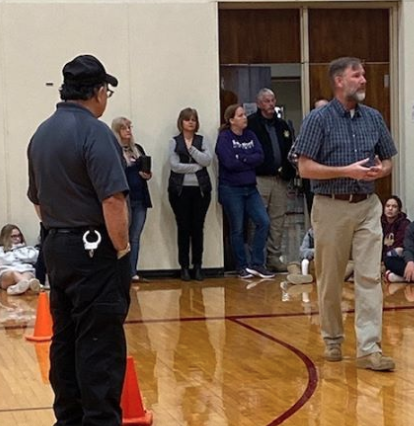 On Tuesday the district alerted parents of a reported threat. It involved an individual making a threat to another student, according to Sheriff Rob Hoskins. The student was taken into custody and the family is working to get the student the attention they need, according to the sheriff.

On Monday, the school district contacted the sheriff's office with concerns about a threat that had been posted on social media. Deputies and the Kansas Highway Patrol responded. The incident was resolved quickly without any danger to the students, faculty, staff, or public. The sheriff’s office took an individual into custody from a residence in Wabaunsee County.

Following the two incidents, the Wabaunsee County Sheriff's Department held an assembly at the school to discuss with students about social media, verbal threats, and the severity and the consequence of such statements. They also reminded students that the school and law enforcement will not take such issues lightly.