Kansas City, Kansas, police said in a news release that officers searched Monday on an empty lot and found an anomaly in an area that once contained a home where Star Boomer stayed off and on with her boyfriend. The release says the images don’t show exactly what is under the soil, but that the investigation will continue as police work to “bring an end to this cold case and hopefully some closure to the family.

Boomer was last seen in February 1999 at a bar in the area. 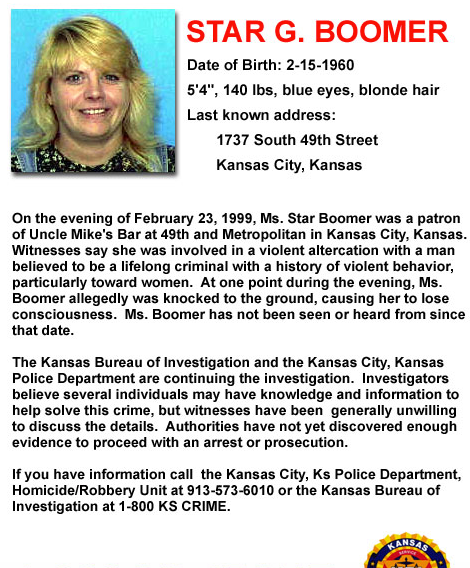 Two Kansas City, Kansas, men were charged in her disappearance in October 1999. The case was dismissed after witnesses refused to testify. Detectives reopened the cold case in 2017.