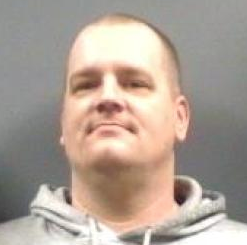 SPRINGFIELD, Mo. – A Missouri man with a prior conviction for transporting child pornography pleaded guilty in federal court Monday to another child pornography offense, according to the United State's Attorney.

At the time of the offense, Beresky was on supervised release following his incarceration for a 2005 federal conviction of transporting child pornography. His probation officer learned he was working as a pizza delivery driver, which was not permitted. Beresky’s probation officer confronted him at work and inspected his cell phone.

Under federal statutes, Beresky is subject to a mandatory minimum sentence of 10 years in federal prison without parole, up to a sentence of 20 years in federal prison without parole. The maximum statutory sentence is prescribed by Congress and is provided here for informational purposes, as the sentencing of the defendant will be determined by the court based on the advisory sentencing guidelines and other statutory factors. A sentencing hearing will be scheduled after the completion of a presentence investigation by the United States Probation Office. 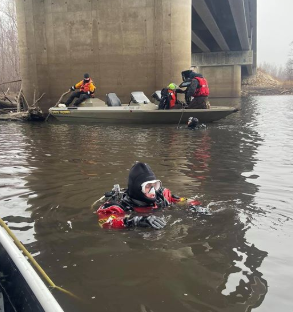 COLUMBIA, Mo. (AP) — The search for a missing Chinese woman in a river in central Missouri has been called off until Wednesday.

Divers searched throughout the day Tuesday for Mengqi Ji Elledge, of Columbia, in the Lamine River in Cooper County. Divers also searched the river last week but didn’t find Elledge, who has been missing since Oct. 8.

After the search was called off Tuesday, police spokesman Jeff Pitts declined to say if any progress was made. Police have not said what evidence prompted them to search the river.

Police have identified her husband, Joseph Elledge, as a suspect but he isn’t charged in her disappearance. He is jailed on $500,000 bond on charges of child endangerment and abuse. The couple has a 1-year-old daughter.

COLUMBIA, Mo. (AP) — Divers are again searching a river in central Missouri as they look for a Chinese woman who has been missing since October.

The latest search of the Lamine River in Cooper County is scheduled for Tuesday. The Mid-Missouri Sheriff's Dive Team said that it also searched the river last week for Mengqi Ji Elledge but didn’t find her.

Her husband, Joseph Elledge, has been identified as a suspect. The couple has a 1-year-old daughter.

He isn’t charged in her disappearance but is jailed on $500,000 bond on charges of child endangerment and abuse. Charging documents say the abuse occurred in February, and the girl's mother wanted to notify the police at the time, but she gave him another chance after he promised he wouldn’t do it again.