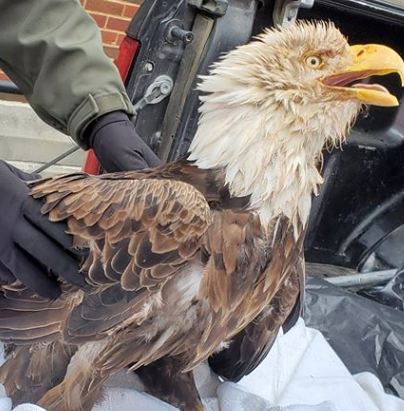 DOUGLAS COUNTY, Mo — Two bald eagles are recovering after being rescued in Missouri.

On Sunday, the Douglas County Sheriff's office took a call regarding a Conservation issue, involving a half grown Bald Eagle. Conservation Agent Henry was in contact with the Dickerson Park Zoo in getting the needed help for the eagle, according to a social media pose. 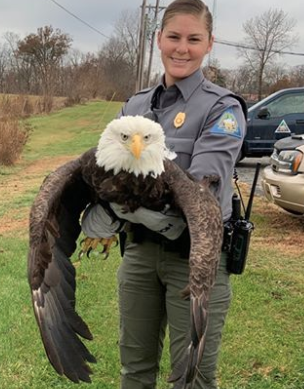 On November 22, Conservation Agents Haeley Eichler and Sean Ernst responded to a call about an injured bald eagle north of Paris in Monroe County, according to the Missouri Department of Conservation.

They were able to capture the eagle and get it the help it needs. The University of Missouri’s Raptor Rehabilitation Project took the eagle for treatment and observation.

MCPHERSON COUNTY — A missing man from Inman, the subject of a statewide Silver Alert has been found and is safe.

The whereabouts of Richard W. Andrus, 70, are unknown, and the public’s assistance is requested to help locate him.

Andrus is a 70-year-old white male, 5 ft. 11 in., 193 lbs. He is bald and has blue eyes. Andrus was last seen wearing a green jacket and jeans. He was last known to be driving a red 2013 Chevrolet Silverado pickup truck, with Vietnam Veteran tag 5123, heading in an unknown direction. Last point of contact with Andrus was at his home in Inman, Kan. at approximately 9:30 a.m. on Sunday, Dec. 1.

Andrus did possibly use his credit card at a Casey’s convenience store in Ellsworth, Kan. on Sunday evening. He does suffer from dementia. If you see Richard Andrus, or his vehicle, please immediately call 620-245-1266.