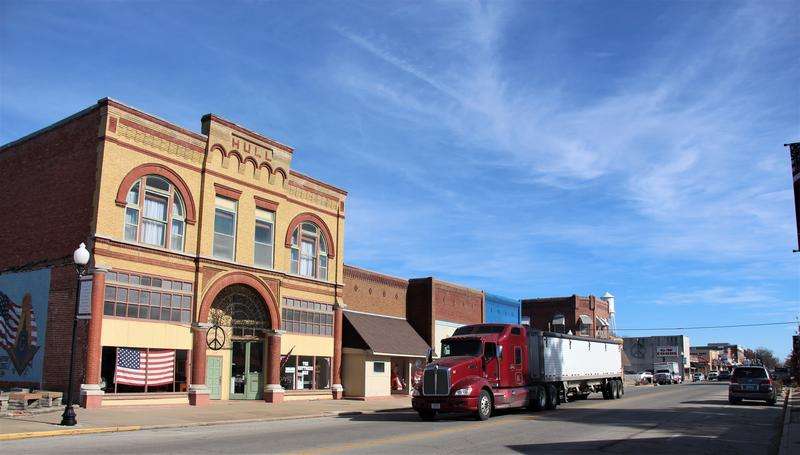 Over the next few decades, teens in the town of Neodesha, population 2,300, will benefit from a wealthy donor who plans to cover their college tuition. Celia Llopis-Jepsen / Kansas News Service

NEODESHA — Three hundred middle and high schoolers filed into their school auditorium last week in the small, southeast Kansas town of Neodesha, uncertain why they’d been called there.

They left cheering and hugging. Some of the older students were teary-eyed.

College tuition and fees need no longer hold back graduates of this manufacturing community, about halfway between Wichita, Kansas, and Joplin, Missouri. A wealthy donor hoping to turn around the fortunes of his dwindling hometown — population 2,300 — will foot those costs for the next 25 years, and possibly decades beyond that.

“I'm still in shock right now,” De’Jua Pouncil, a senior aiming to study dental hygiene at Wichita State University, said after the announcement. “I've been really saving up for college. I know most of my classmates have been also saving up — working real hard. And this is just a real relief off of our shoulders.” 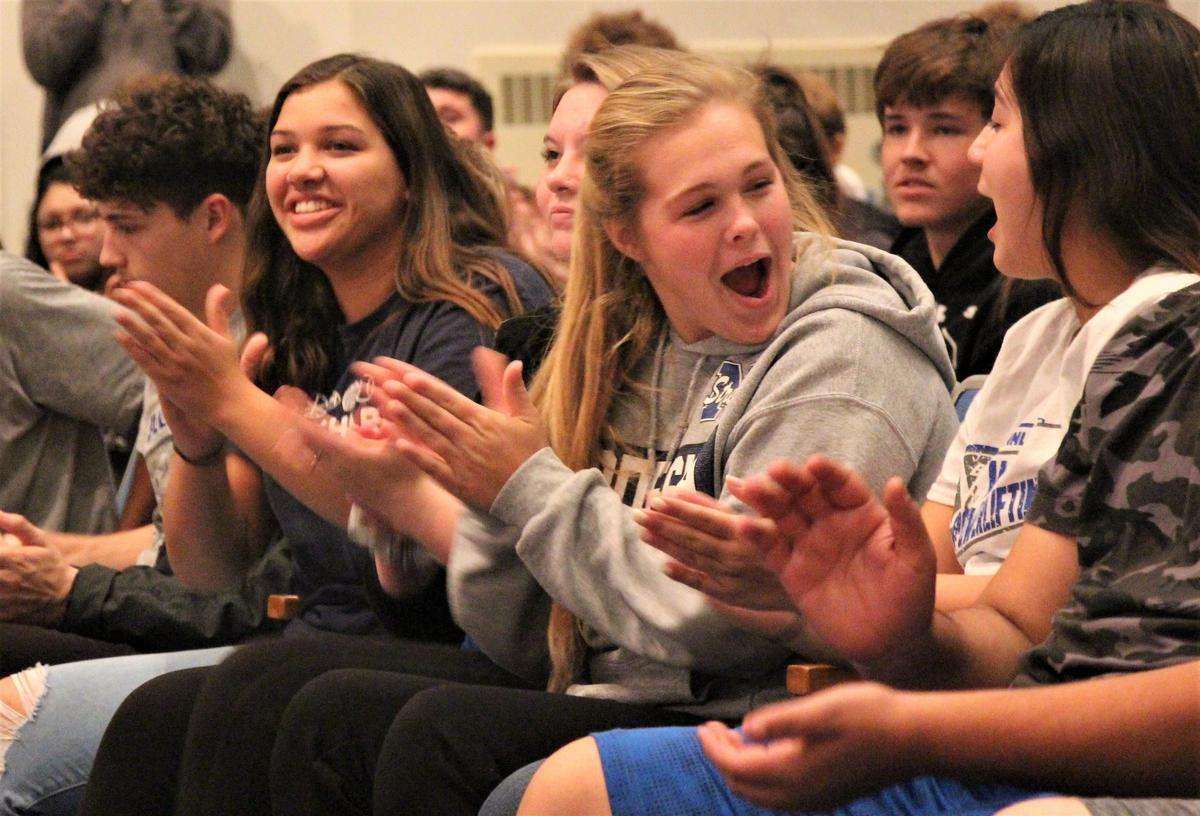 Translating this gift into economic growth for Neodesha won’t be easy. The donor and community leaders are banking on families moving here to qualify their kids for free tuition. The influx they envision would boost the local tax base, shore up the shrinking school district and bring more customers for everything from utilities to groceries.

But the town faces strong headwinds, experts say, including an affordable housing shortage. And even if Neodesha benefits, it may pull people away from other shrinking towns nearby.

“If you’re thinking about regional economic development,” said Matthew Sanderson, a Kansas State University sociologist who studies rural issues, “at least at this stage, it looks more like a zero-sum game.”

Retired businessman Ben Cutler is the man behind the money. He left Neodesha in the 1960s for degrees at the University of Kansas and the University of Pennsylvania’s Wharton Business School, and went on to a lucrative career in finance and insurance.

Cutler recalls what the larger town of his youth — 3,600 in 1960 — was like before Standard Oil and a few other important employers left. 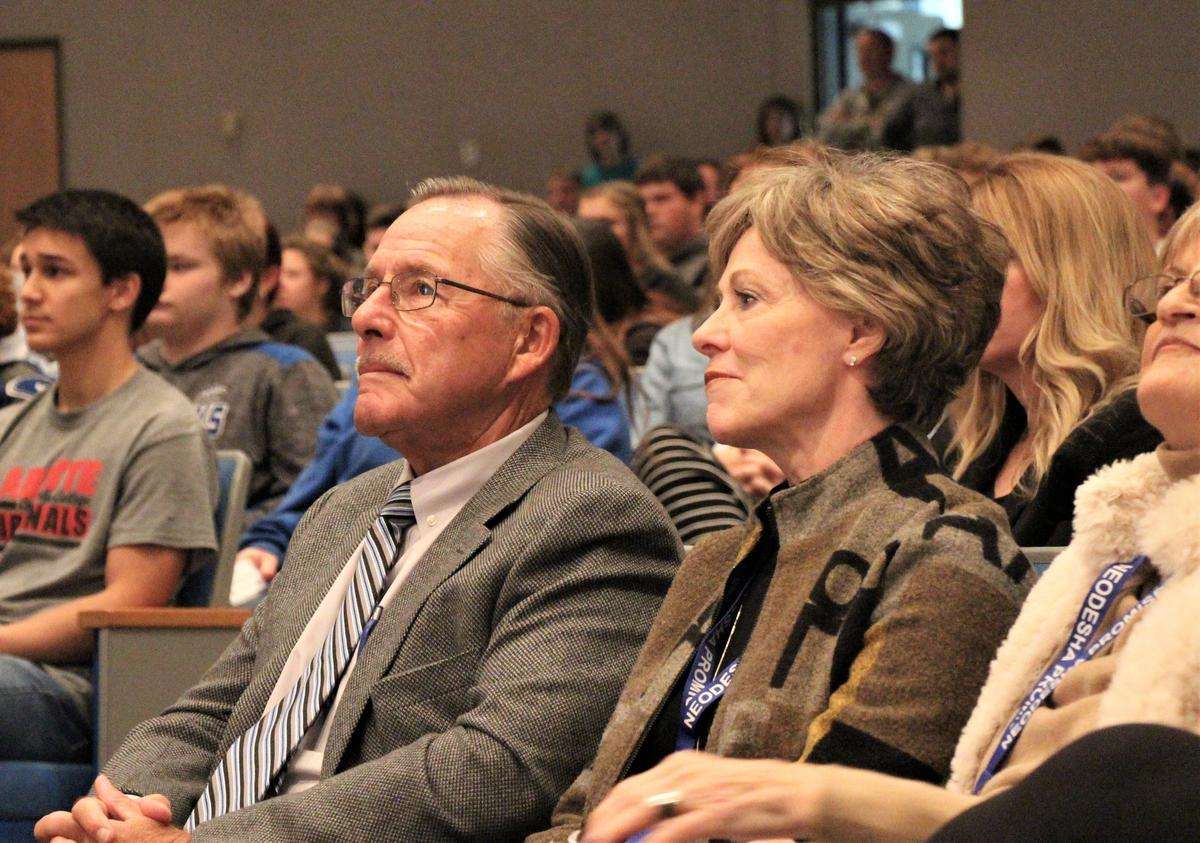 Ben Cutler (left) is paying for the so-called Promise scholarships. He grew up in Neodesha and went on to a profitable career in finance and insurance. Credit Celia Llopis-Jepsen / Kansas News Service

“I'm fully aware of the extent of the challenges we're going to face,” he said. That includes a kind of collective town psychology depressed from so many years of watching neighbors move away.

“But if we can make some progress, I think it can have a profound impact on the trajectory of this little community.”

The Neodesha of today has several manufacturing plants. Hundreds of people drive in daily from other towns to work at places like Cobalt Boats, a maker of luxury motorboats with dealerships across the globe. Workers here produce the company’s entire stock.

Cutler’s idea aims, in part, to tempt some of those commuters to move to Neodesha with their children.

But there are stipulations: Graduates must earn a 2.5 GPA in high school and check a few other boxes. After that, they can use the money for the two or four-year studies of their choice — at any college anywhere.

Those angling for a bachelor’s degree can count on annual funding up to the cost of tuition and fees at the priciest state school — this year that’s KU at just above $11,000.

Though the scholarship won’t cover room and board, it could make a difference in how many teens head to college, and how many years they spend saddled with student debt. Though more than nine in 10 Neodesha students finish high school, only four in 10 are at college two years later or have finished a post-secondary credential. Neighboring school districts have similar statistics. 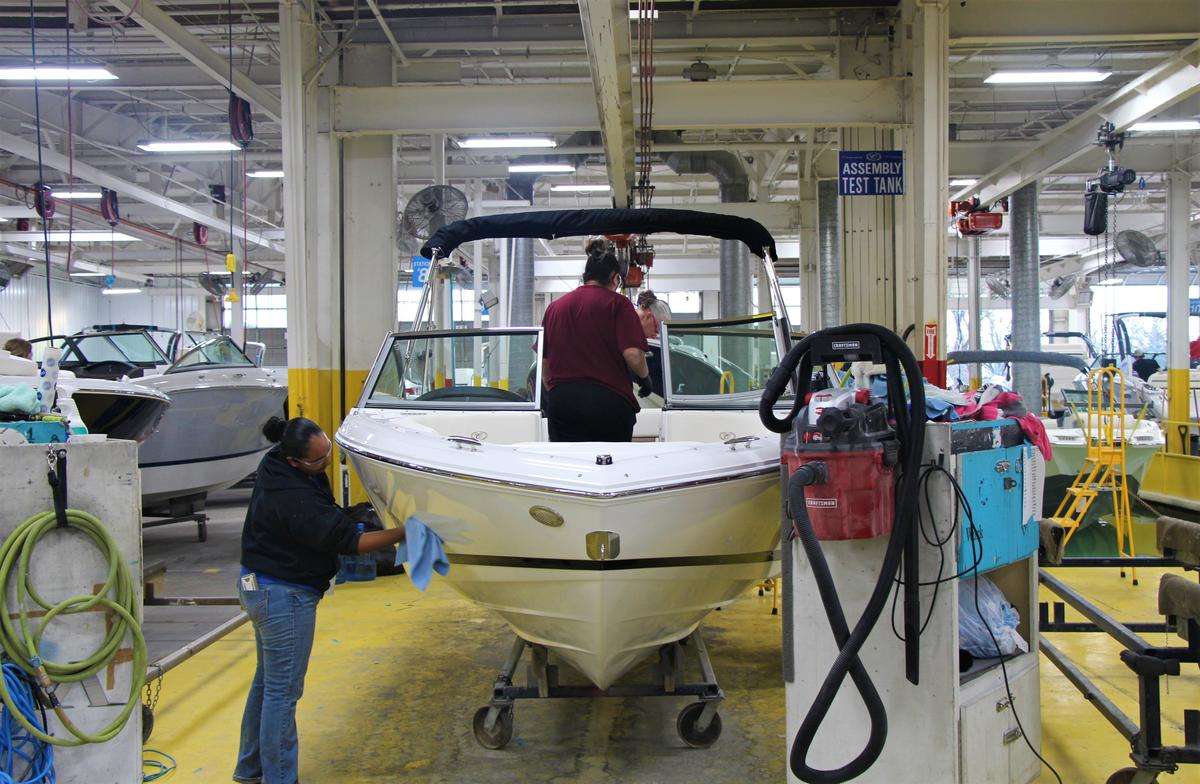 Hundreds of people commute to Neodesha to work manufacturing jobs at facilities like this one, Cobalt Boats. Credit Celia Llopis-Jepsen / Kansas News Service

Housing and other hurdles

Neodesha appears to be the first “Promise” program in Kansas, but takes its cue from initiatives across the country. Program leaders in El Dorado, Arkansas, for example, say the concept brought academic and economic benefits.

El Dorado, though similarly rural, is eight times the size of Neodesha. It’s a regional economic hub, with tourism attractions and the global headquarters of Murphy Oil.

Kimberly Zarecor, a professor of architecture at Iowa State University, cautions against comparisons with other Promise programs.

“El Dorado is totally different,” said Zarecor, who studies the viability of rural communities. “Making any kind of claim between the two makes no sense.”

Neodesha’s program will have to attract more employers and jobs if the city hopes for economic growth, Sanderson said. He added that while he’s never seen a town take Neodesha’s approach, he’s “cautiously optimistic.” 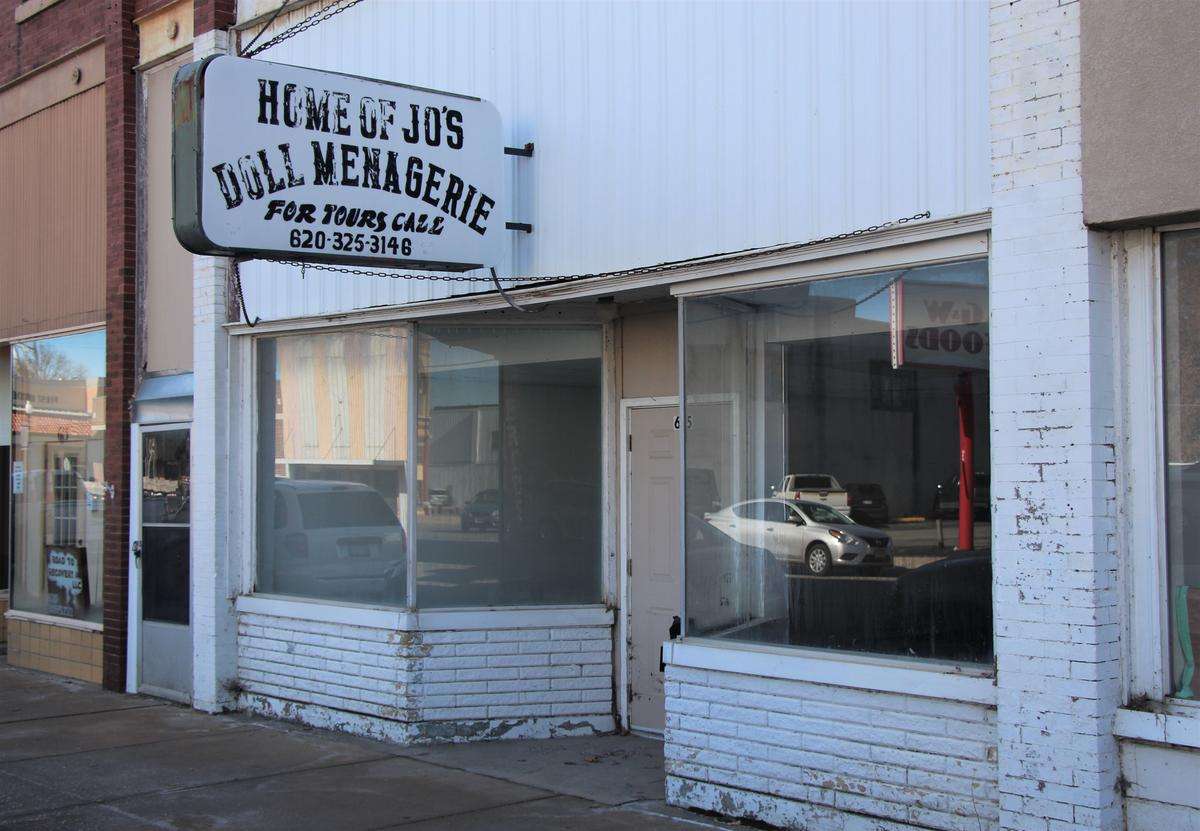 City leaders have begun working on the town’s most immediate hurdle, housing, by striking a deal with a rural housing company in Iowa.

Wedged between two rivers, flooding destroyed dozens of Neodesha homes a decade ago, so there are limits to where the town can rebuild.

Plus, like much of rural America, Neodesha lacks affordable yet quality housing. Old houses in bad shape cost more to renovate in remote areas, and building new homes can be equally tricky.

Other hurdles that Sanderson and other academics said Neodesha will face:

Jeremy Hill, director of the Center for Economic Development and Business Research at Wichita State, thinks Neodesha may gain residents, but warned people are more “place-based” than might be obvious.

Celia Llopis-Jepsen reports on consumer health and education for the Kansas News Service. You can follow her on Twitter @Celia_LJ or email her at [email protected] The Kansas News Service is a collaboration of KCUR, Kansas Public Radio, KMUW and High Plains Public Radio focused on the health and well-being of Kansans, their communities and civic life.

KANSAS CITY, KAN. – A Kansas man whose auto windows were so darkly tinted that it gave police a reason to stop him was sentenced Tuesday to 10 years in federal prison on a drug trafficking charge, according to U.S. Attorney Stephen McAllister.

Ty Stultz, 44, Shawnee, Kan., pleaded guilty to one count of possession with intent to distribute methamphetamine. Police in Kansas City, Kan., responded to a complaint that a man in a silver Cadillac was selling drugs at an apartment complex. They spotted Stultz driving out of the complex.

They found probable cause to stop him when they noticed that the one-way glass in his windows appeared to violate state law, which prohibits window tinting that blocks more than 35 percent of sunlight. In the car, officers found methamphetamine and a .40 caliber handgun. A records check determined Stultz had prior drug convictions.