St. Joseph to impose much tighter restrictions in COVID-19 fight

St. Joseph will tighten restrictions aimed at curbing the spread of coronavirus.

An emergency declaration bans gatherings of 10 or more people for the next 15 days. Previously, the city banned gatherings of 50 or more. Restaurants will not be allowed to serve dine-in patrons, but will be restricted to drive-through, take out, or delivery. Most bars, in effect, will be closed. Large grocery stores which can accommodate plenty of space between customers will remain open. Religious groups are included in the restrictions.

“They have the graphs drawn of the large mountain versus the small, little mole hill. We want to flatten the curve, as they say and not have these huge incidents of infections,” McMurray says. “The way to do that is to socially distance (each other), keep people apart so that people aren’t together and infecting one another. So, that’s the point behind this whole thing.”

McMurray acknowledges the restrictions will put a strain on city businesses. He does, though, say it appears most residents understand the situation and will comply.

“I’m sure there are a few people who won’t (comply). I know some people who aren’t going to. But, let’s get real here, this is the most serious thing at any of us have experienced in our lifetimes, ever.”

Transit buses are still running. The Bode Ice Arena and the REC Center will close. All St. Joseph libraries and the St. Jo Frontier Casino have closed.

St. Joseph city councilmembers made the decision after a conference call with Gov. Mike Parson. 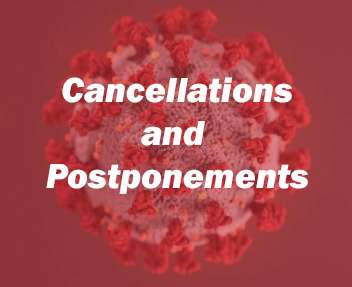 List of recent closures and postponements in response to coronavirus

For a full and updated list of closures and postponements in response to the coronavirus, click here.

Recent closures and postponements include:

The Apple Blossom BBQ is postponed until June 6th