ST. JOSEPH - The Missouri Western softball team (13-9) clinched a series win over Illinois Springfield (10-8) in a dramatic back-and-forth third game of the series on Wednesday. Taylor Hoelscher's walk-off double in the eighth inning put an end to the see-saw battle and gave MWSU a 10-9 victory.

Illinois Springfield led 9-8 after plating one in the top of the eighth. Rachel Stewart sacrificed international tie-break runner Chloe Armstrong to lead-off the Griffs' half of the eighth. Then Emma Hoffart tied the game with an RBI-single. After her fourth hit of the game, a single in the eighth, Sydni Hawkins and Hoffart were in scoring position on a wild pitch for Hoelscher with one out. Hoelscher dropped a fly ball just inside the line in the left field corner to drive in the winning run.

The wackiness got started in the middle innings and continued. Illinois Springfield led 3-0 after two innings. MWSU got one in the bottom of the third and jumped ahead 4-3 on a three-run bomb by Hawkins in the fourth. UIS answered with two in the fifth and three in the top of the sixth to lead 8-4 after 5 ½ innings. The Griffs would go on to score four in the bottom of the sixth thanks to two UIS errors to tie the game at eight apiece and eventually send it into extra innings.

Missouri Western totaled 11 hits with five walks and two hit batters. Hawkins went 4 for 5 with five RBIs. Stewart was 2 for 4 and Hoffart went 2 for 3. Hoelscher was 2 for 5. Kaili Hinds started in the circle and had her first non-decision in her last five outings. The junior gave up seven runs, six earned, on seven hits and two walks over 4 2/3. Olivia Goodale pitched 2/3 of an inning, walking four and allowing a hit and a run. Kelly Uthe threw the final 2 2/3, picking up the win. She allowed just one hit and an unearned run with one strikeout and no walks.

Missouri Western dives back into MIAA play with a trip to Lincoln on Friday. The Griffons were scheduled to play at Central Missouri on Saturday, but that doubleheader has been moved to Sunday due to the threat of rain. 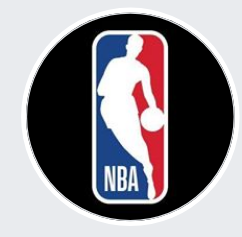 MIAMI (AP) — The NBA has suspended its season “until further notice" after a Utah Jazz player tested positive Wednesday for the coronavirus, a move that came only hours after the majority of the league's owners were leaning toward playing games without fans in arenas.

Now there will be no games at all, at least for the time being. A person with knowledge of the situation said the Jazz player who tested positive was center Rudy Gobert. The person spoke to The Associated Press on condition of anonymity because neither the league nor the team confirmed the presumptive positive test.