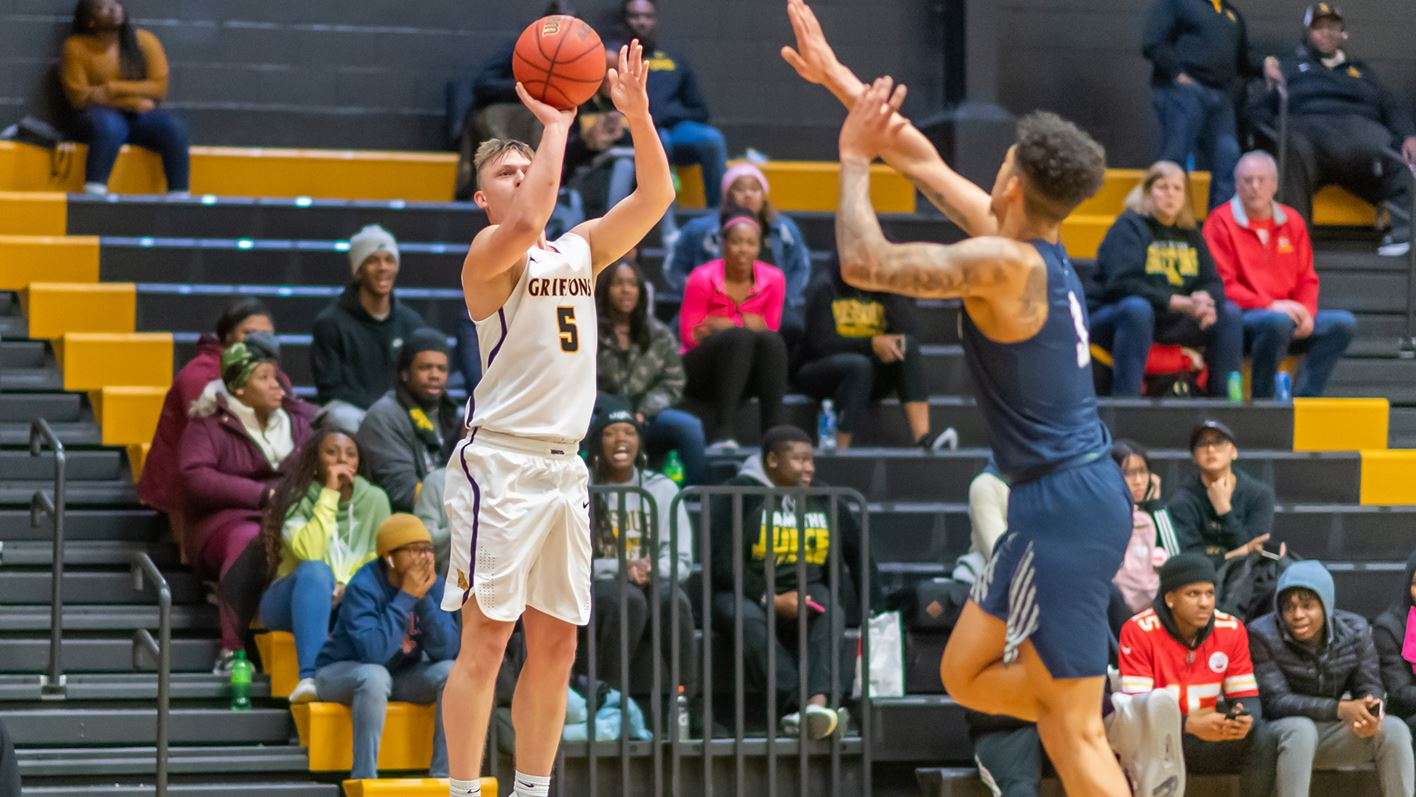 ST. JOSEPH – For the first time in 17 years, the Missouri Western men's basketball team (12-11, 8-4) has won five consecutive MIAA games with an 81-71 victory over Lincoln (8-13, 5-7) Wednesday night. The Griffons improved to 8-0 in the MWSU Fieldhouse, matched last season's win total and their 8-4 conference record is the best for the program since 2010.

It looked to be a tight contest at first with five lead changes and four ties early in the first half. Lincoln led 22-21 with 10:22 left in the first before the Griffons went on a 7-1 run and never allowed the Blue Tigers to regain the lead. Lincoln tied the game at 28 before MWSU went on a 14-3 run to build an 11-point lead and eventually take a 45-35 lead to the break. Both teams scored 36 second half points, but MWSU limited Lincoln to 29% shooting in the half.

The win avenged an 89-66 loss at Lincoln earlier this season and was Missouri Western's first home win against the Blue Tigers since 2016.

- Thames was 8 of 12 from the field and recorded his fifth straight double digit scoring effort.

- It was the fifth straight game the Griffons were even or plus on assist to turnover ratio with 12 each.

- Will Eames shot 4 of 7 from the field for 13 points and pulled down seven rebounds after leaving the Newman game with an injury.

- Tyus Millhollin went 7 for 7 at the free throw line and made a pair of 3-pointers for 13 points.

- Tyrell Carroll had a team-high six assists and three steals.