Northwest Missouri State junior outfielder/designated hitter Matt Gastner (Liberty, Missouri) has been named the MIAA's baseball hitter of the week for the opening week of the 2020 season.

Gastner went 4-for-4 with two homers and six RBI in Saturday's 16-3 Bearcat victory. In the second game of the doubleheader on Saturday, Gastner hit his third home run of the series. On Sunday, Gastnerr went 2-for-5 with with a double and a walk to go along with four RBI in a 16-5 triumph over the Savage Storm. 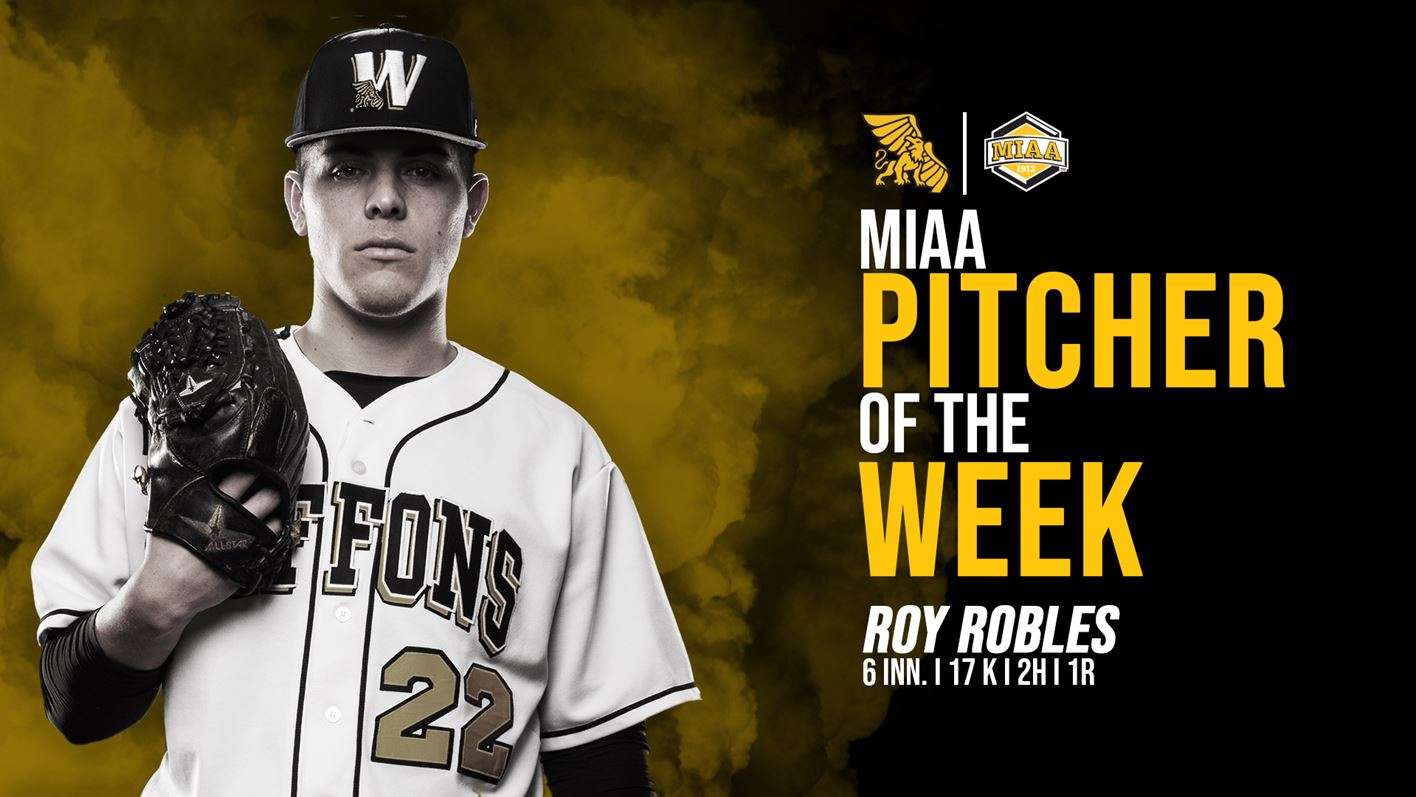 KANSAS CITY, Mo. - Missouri Western baseball senior pitcher Roy Robles has been named the MIAA Pitcher of the Week after striking out an MWSU-record 17 batters in the first game of the 2020 season last week.

Robles recorded all but one out in his six innings of work via strikeout with 15 of them swinging. Behind that pitching performance, the Griffons won their season opener, 5-3 at Oklahoma Baptist. Robles got the win, pitching six innings and allowing one hit on two runs and five walks. A fly ball for the third out of the second inning was the only ball put in play through Robles' six innings. The senior lefty's perfomrance bested the program's previous single game record of 14 strikeouts, which was accomplished five times by four different players. Robles was one of them, fanning 14 at Ouachita Baptist on Feb. 8, 2019.

The Griffons (1-2) continue the 2020 season Friday when they begin a four-game series at Southern Arkansas.