He was a graduate of the Kansas State University with a Bachelor of Science Degree in Electrical Engineering.

Mr. Twombly began his career as an engineer for Collins Radio in Cedar Rapids, Iowa. He then returned to his family business, Twombly Grain Company in Troy, Kansas. For most of his career he worked for Altec Industries, where he retired after 25 years.

Mr. Twombly was a member of Francis Street First United Methodist Church; and formerly a member of the Reorganized Church of Latter Day Saints; St. Joseph Bowling Association, of which he was a former board member; past president of Acacia Social Fraternity at Kansas State University; and East Bank Investment Club. He had been a Little League Boys baseball coach and also coached elementary girls’ basketball. He loved fishing and was active in bass fishing tournaments.

He was preceded in death by his parents, Raymond Twombly and Laveta (Thomas) Twombly.

The family would like to send a special, heart-felt thank you to the caregivers who assisted Tom the past couple of years. 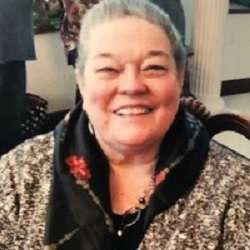 Funeral Services are planned for 10 a.m., Tuesday, January 21, 2020 at the First Baptist Church in Hiawatha. Interment will follow at the Powhattan Cemetery.Friends may call the Chapel Oaks Funeral Home in Hiawatha after 10 a.m. Monday where the family will receive friends from 6-8 p.m. that evening.Memorials are suggested in her name to be designated at a later date and may be sent in care of the funeral home, 124. S 7th St. Hiawatha, KS 66434.www.chapeloaksfuneralhome.com