Griffons fall on the road at Emporia State 81-68

The Hornets led all 40 minutes, stretching their lead to as many as 16 points more than once. Missouri Western did use a late little run to get within three points, 59-56, with 7:09 left before Emporia State answered to stretch the its lead back to 10 with five minutes remaining.

- MWSU used 43% shooting in the second half to get to 37% for the game. The Griffons shot 30% from the field in the first half.

- Will Eames led the team with 19 points, six rebounds and two steals. 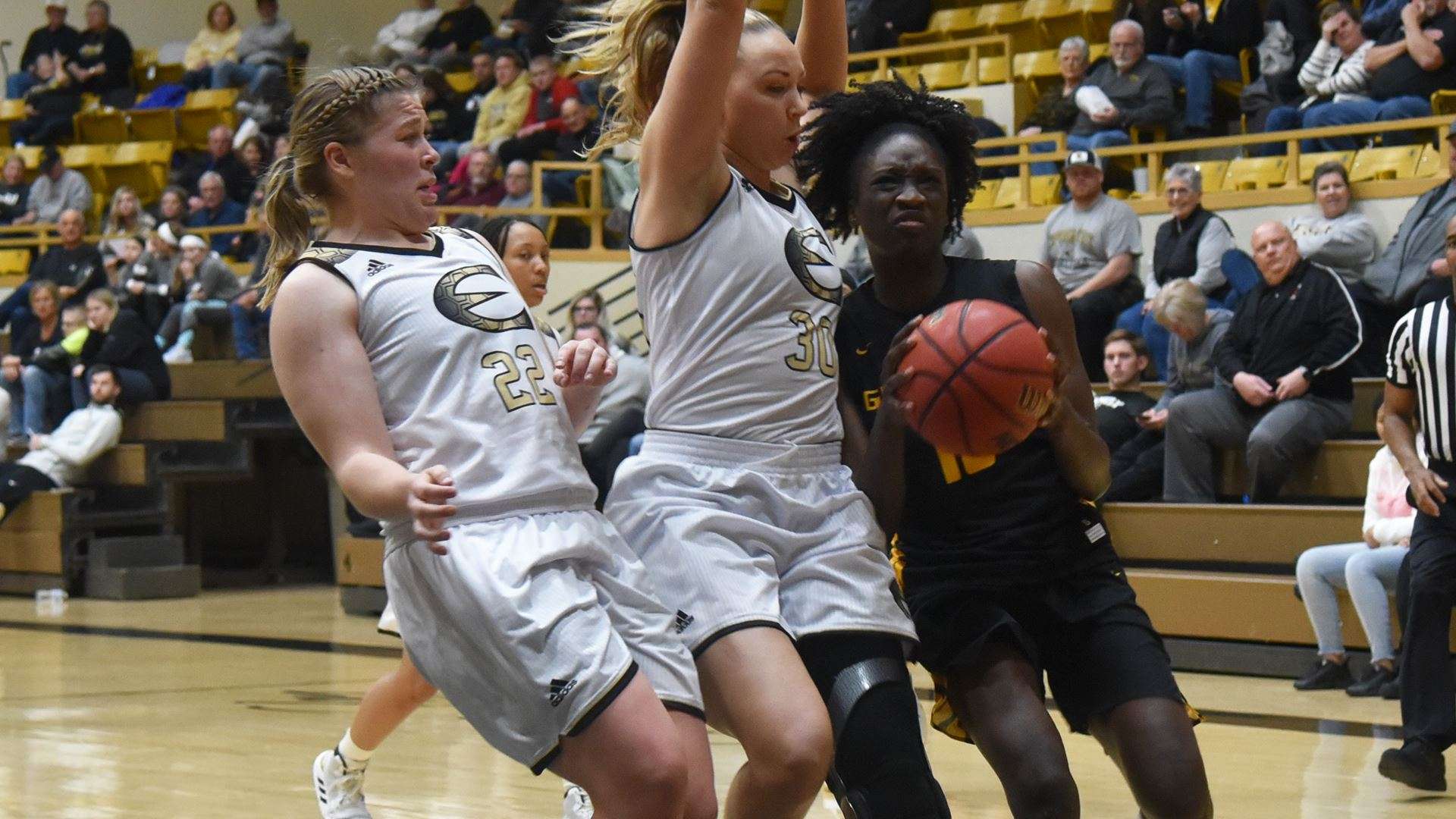 EMPORIA, Kan. - The Missouri Western women's basketball team needed another quarter Saturday at Emporia State. The Griffons (12-3, 4-2 MIAA) got better and better as the game went on, but a big first half hole was too much to dig out of as the No. 16-ranked Lady Hornets (12-2, 5-0) ended Missouri Western's seven-game win streak, 74-70.

Missouri Western used 32 fourth quarter points and 56% shooting over the final 10 minutes to climb back and get within as many as three points late in the game. It was a stark contrast from the seven point, 27% shooting first quarter that put MWSU down by 14 after 10 minutes of play. Missouri Western outscored Emporia State 22-5 from the five minute mark, getting nine points from Corbyn Cunningham and seven from Anastacia Johnson to cut the ESU lead to 70-67 with 23 seconds left. Emporia State went 4 for 4 from the free throw line after that with Johnson adding a 3-pointer late to reach the final score.

- Missouri Western trailed by 22 with 34 seconds left in the first half and went to the locker room down 19.

- The big run came in the fourth quarter, but MWSU clawed back in the game in the third when ESU shot just 23% from the field.

- MWSU forced five ESU turnovers in the third quarter with the Lady Hornets scoring eight of their 15 points in the quarter at the free throw line.

- The Griffons went 10 of 18 from the field in the fourth after going 8 for 26 in the entire first half and outscored ESU by 12 in the quarter.

- Cunningham scored 11 points and pulled down seven rebounds in the fourth quarter while drawing six fouls. She ended the game with 18 points and 11 boards.

- Johnson scored 10 of her 13 points in the fourth quarter and added five rebounds, three assists and two steals.

- Logan Hughes scored 10 points, with all 10 coming in the second half.

- Chris Wilson exited in the first half with an injury. Wilson was leading the Griffons with eight points on 4 for 4 shooting and four rebounds when she was injured.

Missouri Western ends a three-game road swing with a trip to Northwest Missouri State (8-7, 3-3) on Jan. 18. The Bearcats lost 59-43 at Washburn on Saturday.