Born September 15, 1939 in Leon, Iowa, to the late Andrew Evans and Kathlyn Sandy Funk; he attended school in Des Moines, Iowa. William joined the United States Air Force and served in the Vietnam War. After serving, he moved to Missouri where he was in sales until he retired. William was a member of the NRA, the American Legion Post #359, and a former member of the Northwest Missouri Street Rod Association.

Services will be 2:00 PM, Wednesday, January 15, 2020 at Heaton-Bowman-Smith & Sidenfaden Chapel. With the visitation one hour prior to the service. Interment: Memorial Park. Memorial donations may be made to the Wounded Warrior Project. 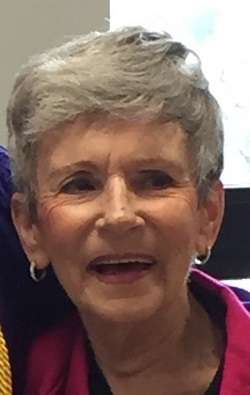 She was born January 4, 1942 in St. Joseph, MO, daughter of the late Geneva "Eleanor" and Johnny Hochenauer. She graduated from Benton High School in 1959, and worked as a flora designer at Myers Watson Florist, and most recently retired from Kohls.

Janice was preceded in death by her parents.