Missouri State led throughout most of the second half, including a 10-point lead with 11:50 remaining. At that point, Illinois State went on a 19-8 run to take a 56-55 lead with 3:54 to go. After a series of ties and lead changes Missouri State took the lead for good on back-to-back 3-pointers by Cook, the second for a 63-58 lead with 1:20 remaining.

Illinois State kept it close and a 3-pointer by Ricky Torres drew the Redbirds within 65-63 with 14 seconds to go. The Redbirds fouled Missouri State's Lamont West with 3 seconds remaining and he made both ends of the bonus to seal the win. 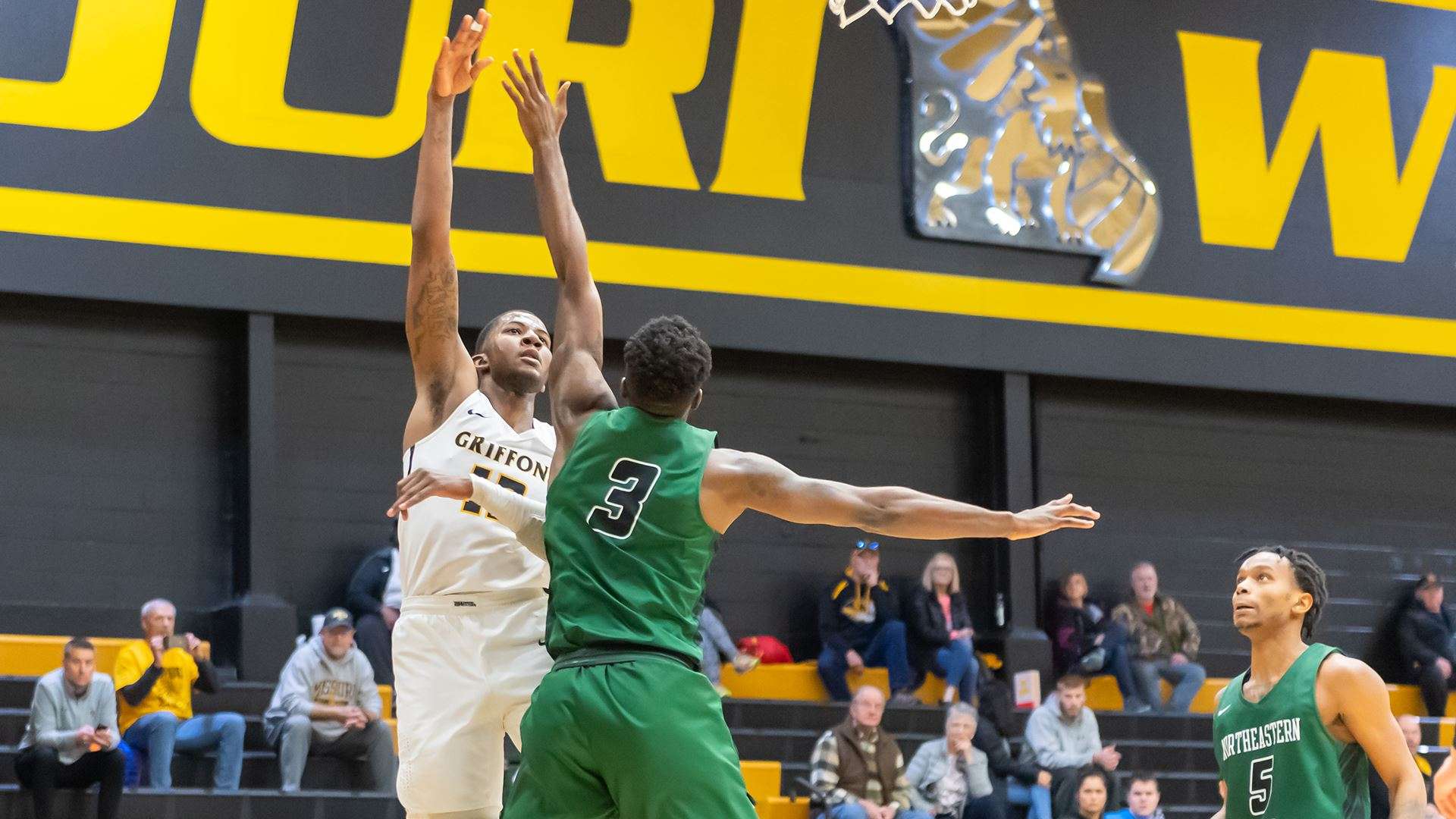 ST. JOSEPH – Freshman Reese Glover hit one shot all night and it was likely the biggest for the Missouri Western men's basketball team. The Griffons (7-8) are now 3-1 in the MIAA and 5-0 in the MWSU Fieldhouse after a 76-71 overtime win over Northeastern State (9-5, 2-3) Monday night.

Glover's 3-pointer with six seconds left in regulation sent the game to overtime. The guard was 0 for 6 from the field when he knocked down the game-tying shot. Missouri Western took over in OT, scoring 14 points and limiting the RiverHawks to nine. The Griffons scored nine of their overtime points at the free throw line, missing just one shot in the extra period after going 7 for 13 through the first two halves.

Up by one at the half, the Griffons quickly found themselves trailing in the second after a hot start by Northeastern State. A dramatic final nine minutes saw the teams trade the lead back and forth before Glover's clutch shot. Northeastern State led by eight with 15 minutes to go in regulation, but MWSU chipped away, taking its first lead since halftime on a Will Eames and-1 with 8:34 to go.

MWSU jumped ahead in overtime before Caleb Smith knocked down a 3-pointer to tie the game at 66 with 3:20 to go in the extra period. Tyrell Carroll answered to put the Griffs up for good with 1:46 to go, 69-66.

- MWSU is off to its best conference start since the 2009-10 season when the Griffons started MIAA play 4-1.

- The win left the Griffons tied for second in the MIAA standings with Northwest Missouri State.

- Northeastern State led for close to 24 minutes with the Griffons leading for a little more than 14 minutes. Neither team ever led by more than eight points.

- The Griffons shot 90% at the free throw line in overtime after shooting 54% in regulation.

- Will Eames posted a double-double with 11 points and 11 rebounds. He scored six of his points at the free throw line on nine attempts.

- Tyree Martin pulled down a career-high 14 rebounds, seven on the offensive glass while scoring nine points and blocking two shots.

- Tyus Millhollin went 4 of 7 from 3-point range and scored 14 points.