LAWRENCE, Kan. -- Kansas coach Bill Self knew he would need his toughest bunch on the floor to muscle up against West Virginia.

All three of them showed up.

Udoka Azubuike had 17 points and 11 rebounds while outplaying Mountaineers big man Oscar Tshiebwe in the second half, Devon Dotson and Marcus Garrett made crucial plays down the stretch, and the third-ranked Jayhawks rallied from a slow start to beat No. 16 West Virginia 60-53 in the Big 12 opener for both teams Saturday.

Dotson added 16 points and Garrett finished with 12 points and six assists for the Jayhawks (11-2), who won their 28th straight conference opener by overcoming a sluggish first half. Kansas trailed by as many as 10 before leaning on defense and dunks to beat the Mountaineers (11-2) for the seventh time in their last eight meetings.

In the first half, that was Tshiebwe who had the bulk of his 17 points and 17 rebounds. Fellow freshman Miles McBride added 13 points, most of that coming as the Mountaineers tried to close the gap in the final minutes of their eighth consecutive loss in Allen Fieldhouse.

"I think we were a little shell-shocked," Self said. "As much as we told them how physical it would be, that's a whole different ballgame. And it helps us to play them here first to give us a better chance going to Morgantown."

Kansas won despite shooting 3 of 17 from beyond the arc -- mostly because West Virginia wasn't any better. The Big 12's best defensive team couldn't solve the Jayhawks' own defense in the second half, when the Mountaineers shot 28 percent from the field and missed all of their 3-point attempts.

It was a much different story from the first half, when Kansas was fortunate to get within 30-24 into the locker room.

It wasn't so much that West Virginia had dominated, either. It was that Tshiebwe had done it.

The bruising McDonald's All-American was 6 of 8 from the field, scored 15 points and pulled down 10 rebounds, all while flexing and strutting to the jeering of a sold-out field house. On the defensive end, the 260-pound Tshiebwe proved to be one of the few players in the Big 12 who could match the Jayhawks' own big man with brute strength.

Azubuike had 10 points and seven rebounds, but he wasn't the game-changer the Jayhawks have come to expect.

"Beautiful thing about Oscar is Oscar is Oscar. He doesn't try to be anything else," West Virginia coach Bob Huggins said. "He's really good at what he does. You don't have to worry about him going out and dribbling it between his legs and losing it, or jacking up 3s. Oscar knows who he is. He is happy with who he is. He's pretty damn good at who he is."

He just wasn't quite as good in the second half.

The Jayhawks began denying him the ball and on defense Tshiebwe suddenly looked like a first-year player. He committed a foul when Azubuike slammed an ally-oop dunk, then committed another foul on the next possession, when freshman guard Christian Braun finished over Tshiebwe for another three-point play.

Azubuike slammed a second alley-oop over Tshiebwe to cap an 8-0 run later in the half, giving the Jayhawks a 45-38 lead and sending a once-subdued crowd inside the Phog into a frenzy. Then, the Jayhawks' senior center rattled the rim with a third and final alley-oop dunk on Tshiebwe to make it 49-42 as the game approached the final media timeout.

"Oscar, he's a grown man. I've never played against somebody like that," Azubuike said. "He's hard to move in the paint. Really physical, really strong. I told him, first time playing him, I tried to box him out and he wasn't moving."

The Mountaineers got within 52-49 on a jumper by Taz Sherman with 90 seconds left, but Garrett answered with a scooping layup. And when McBride made two foul shots for West Virginia, the Jayhawks' junior guard added his own.

Dotson took care of the rest with a series of foul shots that put the game away.

"We didn't stick to the game plan," Huggins said. "We got a bunch of young guys, and we were trying to play a bunch of guys, and I think we had some (bad) combinations out there at both ends."

West Virginia's only other loss this season came St. John's in early December, so Huggins' team came into Lawrence with a bunch of momentum. And while the Mountaineers carried that through a bruising first half, they struggled to find another offensive option when the Jayhawks prevented Tshiebwe from getting any looks the final 20 minutes.

Kansas has won high-scoring affairs this season, but the Jayhawks proved Saturday they could win a game that had all the finesse of a couple dump trucks playing bumper cars. They forced West Virginia into 16 turnovers while allowing just seven assists, but they also gave up 15 second-chance points while getting just four themselves. 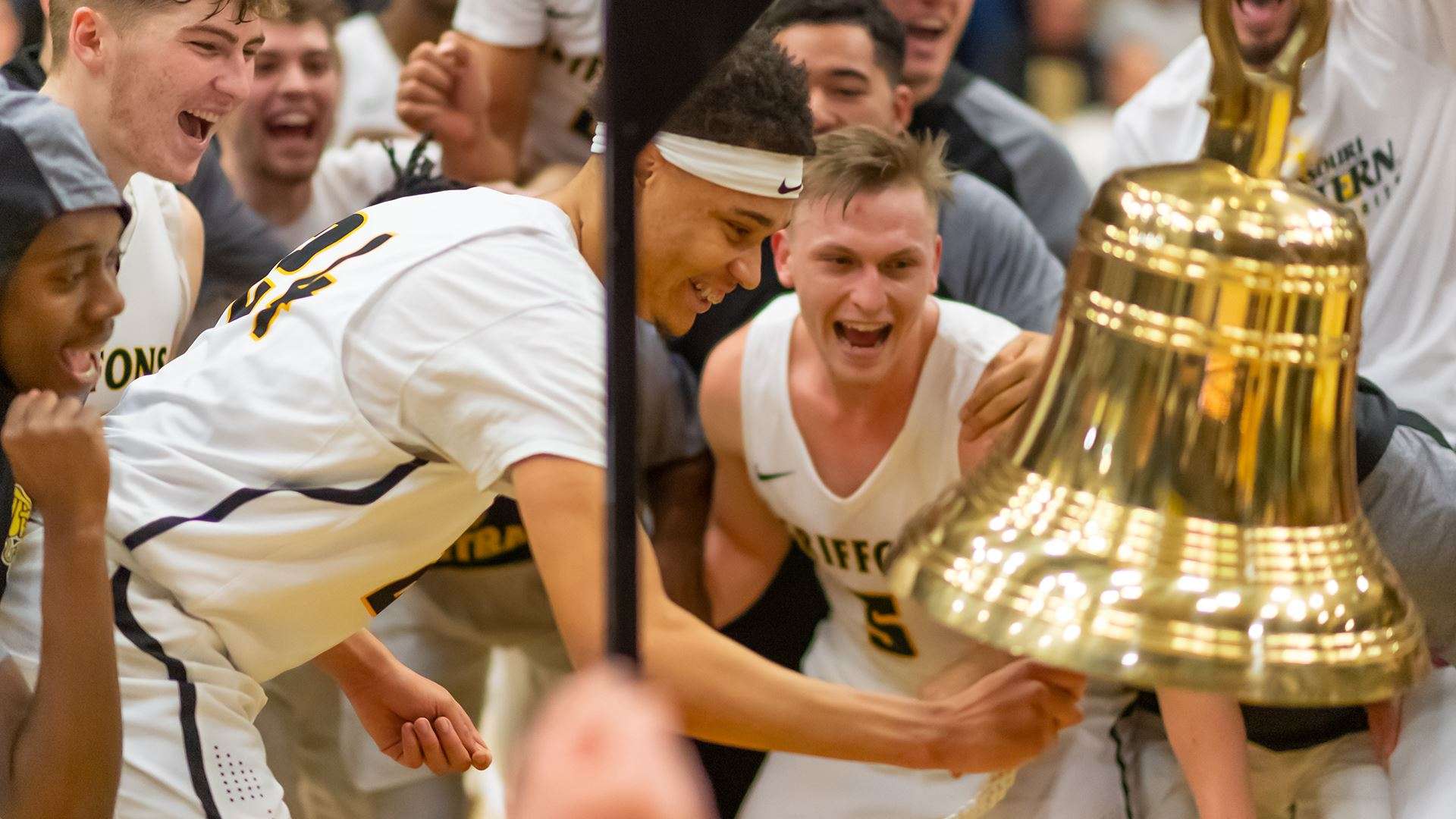 ST. JOSEPH – Rogers State came into the MWSU Fieldhouse having not lost in MIAA play and on a five-game winning streak. It ended Saturday as the Missouri Western Men's Basketball team (6-8, 2-1) handed the Hillcats (11-2, 3-1) their first loss since Nov. 30, 79-67.

Missouri Western ended a tight first half with a 17-7 run to take a 41-31 lead to halftime, leading for more than 33 minutes in the game. The Griffons extended the lead to 15 with 11:27 left in the game and cruised to their fourth home win in as many games.