MARYVILLE, Missouri - The No. 2-ranked Northwest Missouri State University Bearcat men's basketball team held off the Northeastern State University RiverHawks in Bearcat Arena, 76-65.
Sophomore Trevor Hudgins buried 6-of-8 three-pointers and scored 20 points to go along with seven assists in leading the Bearcats to their second MIAA victory of the season. Northwest is 12-1 overall and 2-1 in MIAA play, while Northeastern State is 9-4 overall and 2-2 in league action.
Northwest shot 44.4% from the field, but was nearly unstoppable from behind the three-point arc. The Bearcats shot 60.9% by knocking in 14-of-23 from distance against the RiverHawks. In contrast, the RiverHawks shot 18.2% from three-point land by making only 6-of-33 from distance.
Northwest did not trail in the contest but it certainly was not a blowout by any stretch of the imagination. The Bearcats used a 13-2 run in the first half to open up up a 13-point lead at 24-11 with 6:43 on the clock. Northwest's largest lead of the opening half was a 16-point bulge at 33-17. The Bearcats would lead 38-25 at intermission.
A 9-2 run by the RiverHawks pulled the visitors to within four points at 46-42 with 13:15 to play. But the Bearcats pushed the lead back to double figures on the next three possessions with made three-pointers from Diego Bernard, Luke Waters and Ryan Welty. Welty would knock in all three free throws when he was fouled in the action of shooting a 3-pointer from the corner to give Northwest a 60-44 lead with 9:46 to play.
Northeastern State trimmed the lead to nine on two separate occasions, but could claw no closer as Northwest closed out the double-digit victory, 76-65.
The Bearcats will be back in action at 7:30 p.m. Monday in Bearcat Arena against the Rogers State Hillcats.
NOTES: Northwest is 12-1 all-time against Northeastern State ... Northwest has won 11 straight games in the series with Northeastern State ... Northwest has won 24 consecutive home games, which ranks as the second-longest active streak in NCAA Division II men's basketball ... Northwest is 7-0 at home this season ... Northwest is 116-9 at home since the start of the 2011-12 season ... Welty scored 17 points for the second straight game and went 2-of-4 from three-point range ... Welty was a perfect 9-of-9 at the free throw line ... Bernard tallied 14 points and was also perfect at the line by draining all seven of his free throw attempts ... Tyler Dougherty and Bernard tied for team-high honors with eight rebounds ... Ryan Hawkins scored 14 points and has now tallied 996 points in his Bearcat career.
--- Northwest Athletics --- 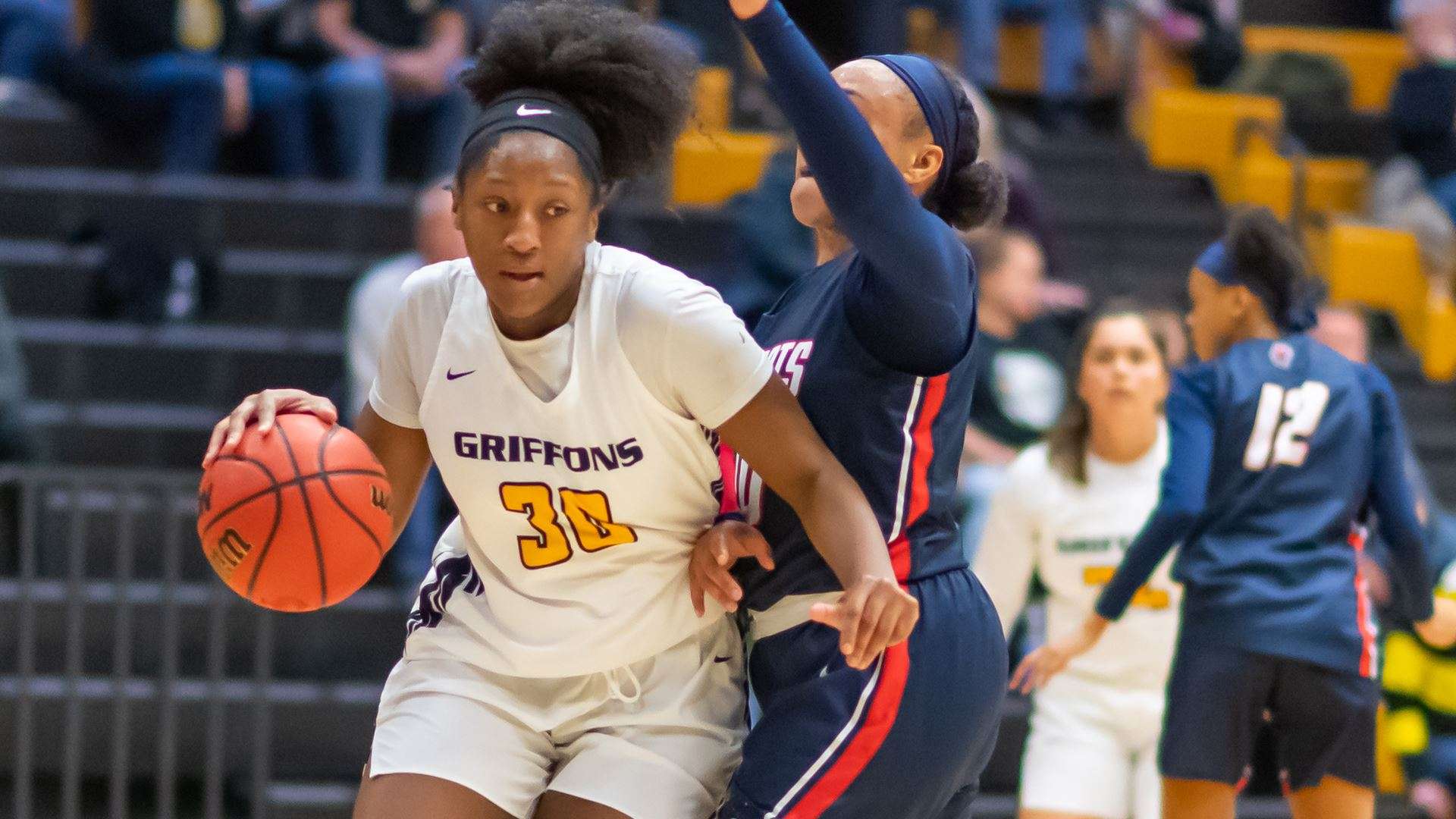 NOTABLES
· The Griffon sled 22-7 after one quarter of play.
· Corbyn Cunningham was 9 of 12 from the field, scoring a team-high 20 points with seven rebounds and a team-high five assists.
· Missouri Western missed just 16 shots in the first half, eight in each quarter.
· The Griffons pulled down 42 rebounds to Rogers State's 32.
· Anastacia Johnson scored 11 points with seven rebounds, four assists and a team-high three steals.
· Mychaell Gray added 11 points on 5 of 7 shooting.
· Simone Rodney made her first three 3-point attempts and finished with nine points.