KANSAS CITY, Mo. – Mizzou Women’s Basketball (3-7, 0-0 SEC) dropped a close road contest to Kansas City, 59-56, on Sunday afternoon at the Swinney Recreation Center. Mizzou grew a 10-point lead in the game’s opening quarter, but was outscored by eight in the second half to drop its seventh game of the season.

In the fourth quarter, Mizzou held a 6-point advantage at 51-46 with 4:56 remaining the game, but the Roos were able to close the game on a 13-5 run to complete the comeback victory. Kansas City hit two timely three-pointers during the run, and Mizzou was unable to regain the lead after the second triple gave the Roos a 55-53 lead with 1:43 left in the game.

·         Blackwell stuffed the stat sheet once again for the Tigers, as she scored 11 points and set new career highs in rebounds (seven) and assists (six).

·         Frank also chipped in 12 points for the Tigers, marking her eighth consecutive game in double figures.

·         With the loss, Mizzou falls to 13-2 all-time against Kansas City. It is the first time Kansas City has defeated Mizzou in Kansas City.

·         With 11 points, Blackwell scored in double figures for the third consecutive game and the fourth time in her career.

·         Blackwell also recorded career highs in rebounds with seven and assists with six, and matched her career high in blocks with two.

·         Frank scored in double figures for the eighth consecutive game with 12 points. Over her eight game stretch, Frank is averaging 15.8 points per game.

·         Redshirt senior forward Hannah Schuchts (Tallahassee, Fla.) recorded three blocks in the game, marking the third time this season and the 13th time in her career she has recorded at least three blocks.

Next, Mizzou will head to Springfield to face Missouri State on Sunday, Dec. 15. Tipoff from Springfield is slated for 3:00 p.m. 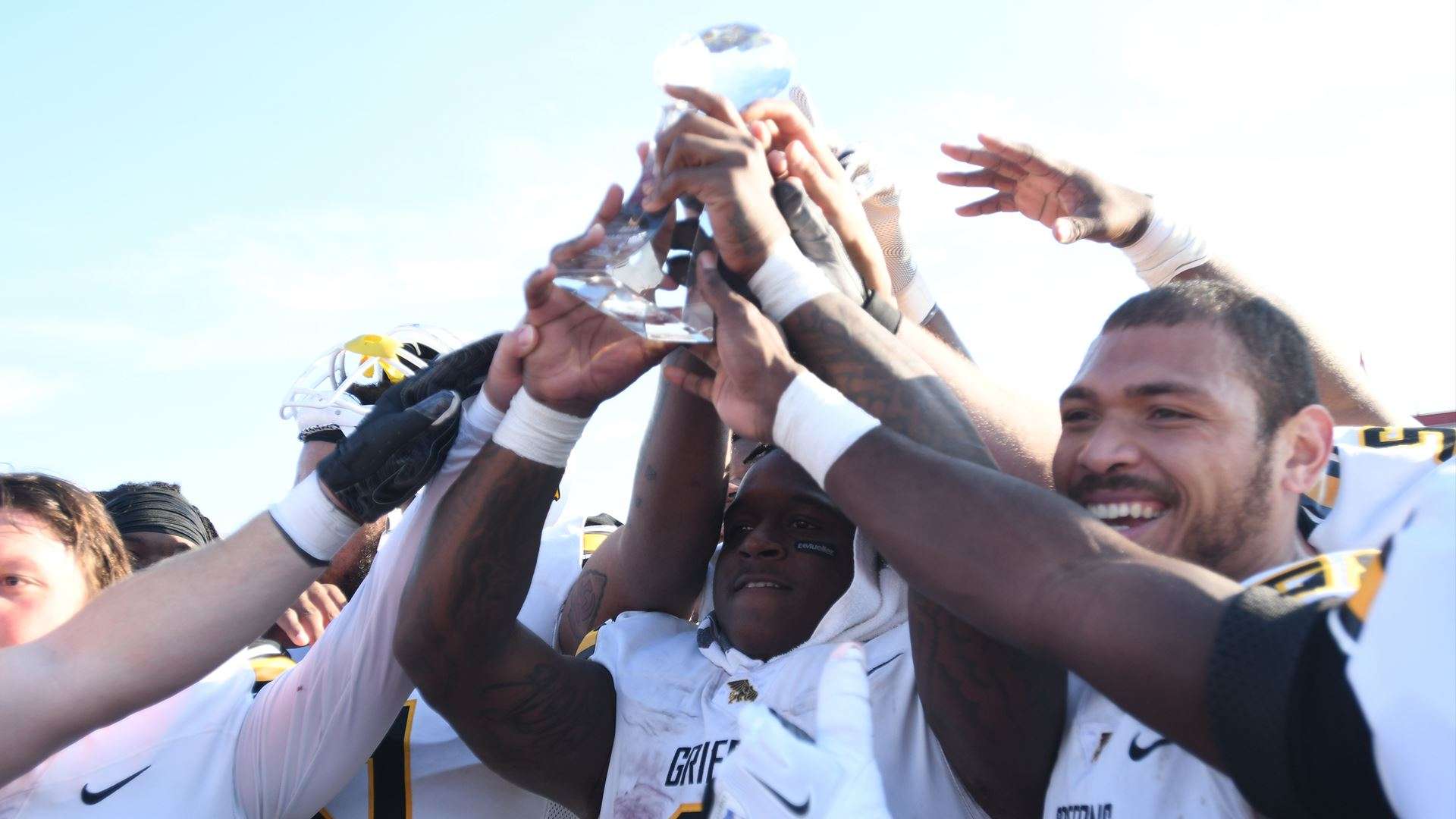 TEXARKANA, Ark. – The 300th all-time win for Missouri Western football came in the final game of its 50th season. The Griffons (9-3) trounced Henderson State (9-3) in the Agent Barry Live United Bowl to reach nine wins for the first time since 2012 and break a program record with its 11th straight win away from St. Joseph.

Missouri Western controlled the line of scrimmage throughout and turned in one of its best defensive performances of the season. Anthony Williams intercepted the Reddies' second play from scrimmage, setting the tone for the Griffon defense early. Markel Smith gave MWSU a 7-0 lead with 2:38 left in the first quarter after both teams showed some rust early in the game. Missouri Western elected to twice go for it on fourth down inside the Henderson State red zone and failed to convert either time, allowing Henderson State to tie the game with 5:04 left in the first half.

Blake Burau capped an 11-play, 68-yard drive that took 4:23 off the clock with a four-yard touchdown catch from Wyatt Steigerwald. Burau's TD put MWSU up 14-7 with 34 seconds left in the half. MWSU scored on its first four possessions of the second half. The final touchdown was a 16-yard pass to Luke Vang. The Griffons originally lined up to kick a field goal on 4th and two from the Henderson State 16, but kicker Sam Aviles motioned out as a receiver and Steigerwald to his quarterback position before hitting a wide open Vang to put MWSU up 35-14.