LIVINGSTON COUNTY — One person was injured in an accident just before 1:30p.m. Saturday in Livingston County.

The Missouri State Highway Patrol reported a 2007 Volvo semi driven by Cliffon A. Brown, 41, Forney, TX, was eastbound on U.S. 36 four miles east of Chillicothe. The vehicle rear-ended a 2006 Chevy Silverado driven by Courtney A. Westcott, 22, Chula, that had slowed to make a left turn at County Road 255.

Both drivers were properly restrained at the time of accident, according to the MSHP. 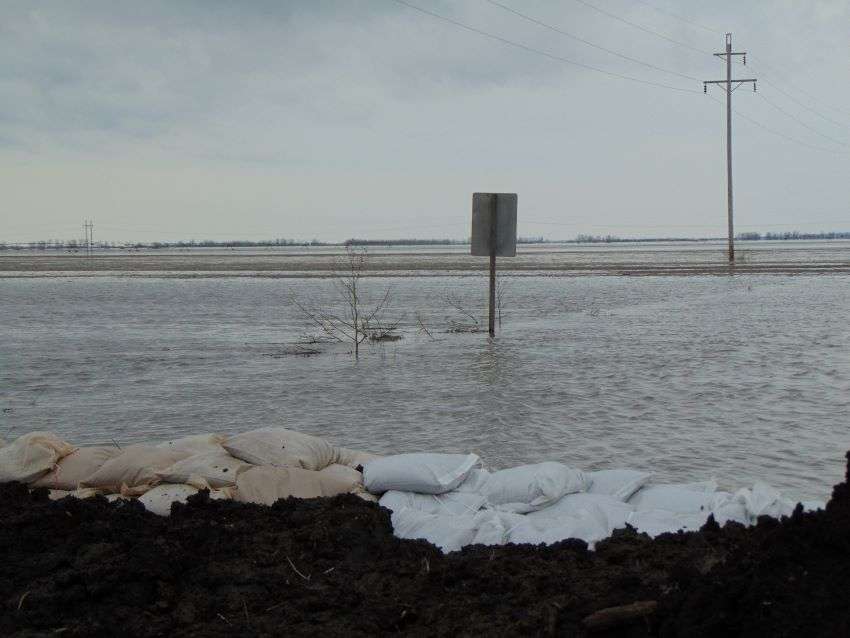 Sandbagging during the March flooding at Craig/Photo by Brent Martin

Reports have emerged from Washington of the Federal Emergency Management Agency demanding some flood victims return assistance checks, because their damage was determined to have occurred during the period between two presidential disaster declarations.

“Because we have this gap in the state of Missouri in April, it’s a 15-day gap, and FEMA has denied assistance to folks that they determine or they think the flooding came in that 15 days,” Graves tells St. Joseph Post. “When you have water moving down south from significant rain events, you can’t pick and choose what day your levee is going to break and what’s going to happen. It’s still a flood. It’s still a disaster.”

The Kansas City Star reported FEMA asked Larry Whetsel to return $12,400 it provided the Craig resident after the federal agency determined the damage to Whetsel’s house didn’t occurred during the two periods covered in the presidential disaster proclamations. The damage fell in that 15-day gap.

Graves doesn’t put on the blame of FEMA. He says some of the problem was created by how Missouri made its disaster declaration request. Nevertheless, Graves says FEMA needs to be more sensitive to residents who have lost everything. He says they have been rigid and hard-nosed in their assessment of flood damage.

FEMA has been listening, according to the Congressman.

“So, we’re trying to change that,” Graves says. “We sent a delegation letter just last week. The entire Missouri delegation is unified on this, Democrats and Republicans, to get this fixed. So, we’re working on it. We’re trying to get that solved. But, that’s probably the biggest complaint coming right now. FEMA is being a little more open about this, but we haven’t gotten them all the way there, yet.”

Graves says the U.S. Army Corps of Engineers is working to make repairs.

“We’re seeing dirt being moved. We’re seeing holes being closed. It’s happening,” according to Graves. “It’s just the sheer amount of devastation that we had and the number of levee breaches that we have had on the Missouri River, from Omaha south to Kansas City, is just overwhelming.”

Graves says the Corps has taken into consideration local input on levee repair. Local officials say it would make more sense to not repair some levees, but rather build new levees in locations which might provide better flood protection.

Graves work on some levees must wait until the Missouri River level drops low enough to fully assess the damage.

The Army Corps of Engineers has been reducing water releases from Gavins Point Dam, preparing for lower releases during the winter. That has allowed the Missouri River to drop enough to be below flood stage for the first time since March.