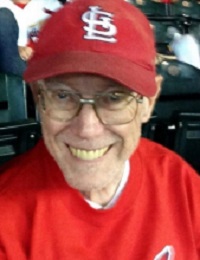 He was born June 3, 1943 in Alton, Illinois. He graduated from Marquette High School in Alton, Illinois and then obtained his Bachelor’s and Master’s degrees at Southern Illinois University at Edwardsville. Ted served in the Army during the Vietnam Era; he was stationed in Korea. He had a 40-year career in City Planning, Economic and Community Development, and City Management Ted married Karen Fleak February 12, 1971; she survives of the home, they were happily married for 49 years. He was a 4th Degree Knights of Columbus. Ted enjoyed adventures with his family, dancing with his wife, storm chasing with friends, St. Louis Cardinal’s baseball, Oakland Raider’s football, but most of all he enjoyed having “Ted Talks” with everyone he passed in life.

He was preceded in death by his parents, Raymond and Gertrude; and his brother Danny.