Griffons rally for first win at Central Missouri since 2011 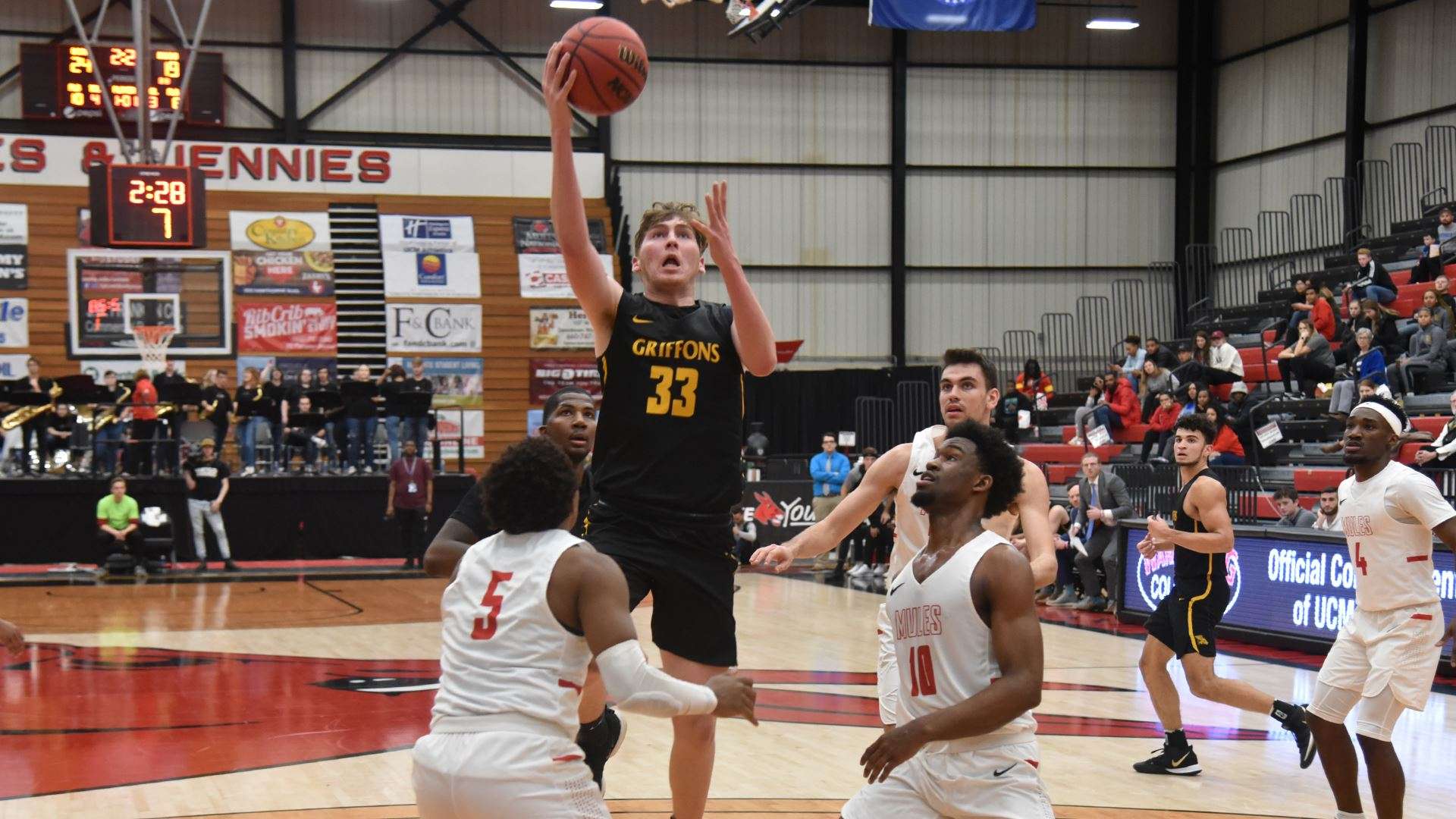 Without leading scorer Tyrell Carroll, who was ill, the Griffons were in the game throughout, never trailing by more than five points. Central Missouri led by two with 3:27 left. Will Eames knocked down two free throws to tie the game at 59. Reese Glover's 3-pointer with 2:49 left to give the Griffons a 62-59 lead that they never lost. Eames scored the final five points for MWSU, missing just one of six free throws down the stretch.

The Griffons play in Jefferson City at Lincoln on Saturday at 3:30. The Blue Tigers fell to 2-5 on the season with an 87-53 loss to Northwest Missouri on Thursday night.

Hawkins tied for the second-most points scored ever by a Bearcat with his 43-point performance. Hawkins went 14-of-19 from the field and was 11-of-12 at the free throw line. Hawkins sank 4-of-7 from three-point range. He also added a team-best three steals. Hawkins scored 26 first-half points and built the Bearcats a 42-25 lead at the break at Lincoln.

Diego Bernard was the only other Bearcat to reach double-figure scoring with 17 points. Bernard led all players with nine rebounds.

Northwest will travel to Warrensburg, Missouri, to take on the Central Missouri Mules on Saturday. Tip is set for 3 p.m. following the women's game.

NOTES: Northwest has won 24 straight MIAA games and 30 in a row against all MIAA foes if postseason tournament games are included ... Northwest has won 16 consecutive road contests to tie Queens (N.C.) for the longest active road win streak in all NCAA divisions ... it's the second 40-plus scoring game this season for Hawkins after he poured in 44 points vs. Southern Nazarene (Nov. 2) to set the Northwest single-game scoring record ... his 43-point performance tonight ties him with Ed Maxwell for the second-most points scored in a single-game by a Bearcat men's basketball player ... Hawkins one of three players in all NCAA divisions to score 40+ in two games this season ... Marquette's Markus Howard (40 vs. Davidson; 51 vs. Southern California), Wesley's Brian Cameron (43 vs. Manhattanville; 42 vs. SUNY Oneonta) are the other two ... Hawkins is the only NCAA Division II player with two 40-plus scoring games this season ... Northwest has shot 54.3 percent or better in six of its eight games.