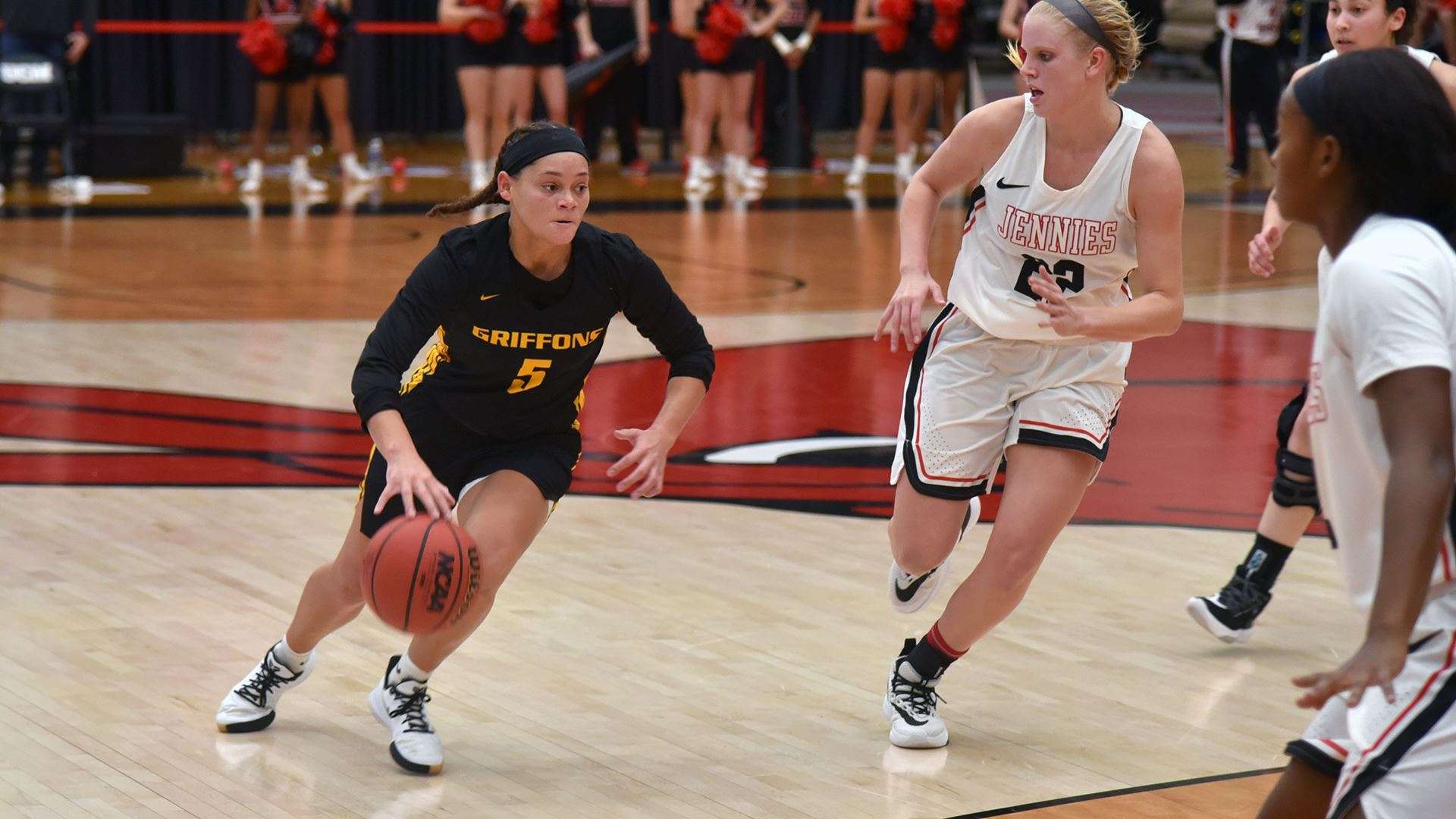 WARRENSBURG, Mo. - The Missouri Western women's basketball team had their five-game winning streak come to an end Thursday as they lost at Central Missouri 62-53. UCM ended the game on a 12-2 run as MWSU falls to 5-2 this season and 0-1 in the MIAA.

The Jennies outscored Missouri Western 22-10 in the fourth quarter, shooting close to 67% over the final 10 minutes. Missouri Western's last lead came with 5:02 left, 51-50 on a Simone Walker layup. On the night, Missouri Western led for 17:43, including a 43-40 lead after three quarters.

The Griffons play at in Jefferson City at Lincoln on Saturday at 1:30. The Blue Tigers fell to 1-7 on the season following a 56-32 loss at home to Northwest Missouri on Thursday.

It's Northwest's first win in an MIAA opener since 2012-13 and the first road-opening win for the Bearcats since the 2007-08 season.

After starting the first quarter slow and falling behind 8-5, the Bearcats used a dominant second quarter, that began with a 16-2 run, to take a 32-16 halftime lead. The Bearcats then leaned on their stellar defense in the second half, allowing only 16 points over the final 20 minutes. The 32 points allowed in the game ties a Northwest record for fewest amount of points allowed in an MIAA game (vs Nebraska-Kearney, Jan. 21, 2016).

Jaelyn Haggard led the Bearcats with 13 points and was followed by Kendey Eaton with 12. Haggard hit 3-of-6 from behind the arc and went 5-for-8 from the field. Erika Schlosser led the Bearcats with four assists. Jayna Green set a career high with 12 rebounds and Paityn Rau added eight boards. Rau and Ellie Horn had two blocks each and played excellent post defense all game.

The Bearcats will be back in action on Saturday, in Warrensburg, Mo., against the University of Central Missouri at 1 p.m.