LOCASH to headline LakeFest 2020 in Atchison

The lineup for LakeFest in 2020 has been finalized, with country music duo LOCASH being announced as the headliner. 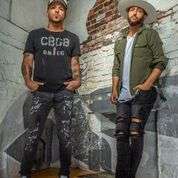 According to a press release, Wheelhouse Records’ LOCASH is the Country music duo made up of singer-songwriters Chris Lucas and Preston Brust; natives of Baltimore, Maryland, and Kokomo, Indiana, respectively. With two albums and eight charting singles to their credit, LOCASH broke out in 2015 with "I Love This Life," followed by the #1 smash, “I Know Somebody” – their first trip to the top of the Country radio airplay charts – and 2017’s “Ring on Every Finger.”

The 2019 ACM Duo of the Year nominee released their latest album (and first with their new label BBR Music Group/BMG, Brothers on March 29, 2019 with their lead single, “Feels Like A Party” reaching Top 25. 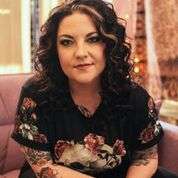 The seminal title track on the Jay Joyce-produced LP continues to propel McBryde’s career to great heights with recognition this year by the Academy of Country Music as New Female Artist of the Year, CMT’s Breakthrough Video of the Year and CMA New Artist of the Year. 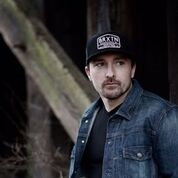 Atchison county native Erik Dylan will be back on the LakeFest stage as the opener. Erik Dylan has attracted artists like Kip Moore, Luke Combs, Eric Paslay, Eli Young Band, Justin Moore, Josh Phillips, Brett Cobb, Riley Green and even Hinder to record his songs. It is also what drew peermusic to sign him to a publishing deal in 2017. He writes on Music Row with many of Nashville’s hit makers, but Erik will gladly tell anyone that his happiest moments in songwriting occurred at his hero Guy Clark’s workshop over black coffee. The fifth generation Kansan has also shared stages with some of the biggest names in music, from Lynyrd Skynyrd to The Cadillac Three.

Dylan’s debut album, Heart of a Flatland Boy, included the ballad “Fishing Alone” that was a finalist for Saving Country Music’s Song of the Year. For more about Erik Dylan, click here.

The LakeFest concert is a highlight of the 24th Annual Amelia Earhart Festival, which will be held in the hometown of the world-famous aviatrix on July 17 and 18.

The annual concert is held in the park surrounding Warnock Lake, 17862 274th Road, which is three miles southwest of Atchison. Gates and concessions will open at 4 p.m. The Army National Guard will present the colors at 7 p.m. and be accompanied by the signing of the National Anthem. Erik Dylan will take the stage immediately following. Ashly McBryde will perform at approximately 8:15, with LOCASH’s appearance at

“We are very excited about the lineup for LakeFest 2020!” Jacque Pregont, Amelia Earhart Festival Coordinator stated. “We know LOCASH that will provide an exciting night of exceptional entertainment! We are thrilled to have the CMA New Artist of the Year Ashley McBryde come to Atchison! I was watching the awards show and cheering for her to win! And we love having Erik Dylan come back home to open for us again. He is such a great talent and everyone in this area should be proud to know he’s from Atchison County and leaving his mark in country music with some great songs!”

Tickets go on sale May 1, 2020. For more information, go to visitatchison.com.