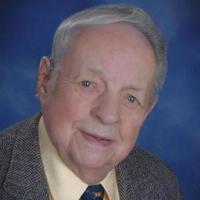 In 1942 he joined the Navy and graduated from high school and reported to the US Navy as an Apprentice Seaman. In 1943 Evan attended Midshipman School – Abbott Hall Northwestern University, graduated as a Naval Ensign, then was shipped overseas to New Guinea, then on to the Philippines. He was discharged from the US Navy in 1946.

In 1950 Evan graduated from University of Iowa with a B.S. degree. He graduated from University of Iowa in 1955 with his M.D. Evan started full time practice in Wathena, Ks. and St. Joseph, Mo. in 1956. Dr. Peterson structured the first Kindergarten classroom in Wathena in 1956. In 1963 he joined the Missouri Air National Guard 139th at Rosecrans. In 1966, he graduated from Air Force Primary Course of Aerospace Medicine. Dr. Peterson served as President Medical/Dental Staff in St. Joseph, Mo., Sisters Hospital in 1970. He served as President Medical/Dental Staff at Methodist Medical Center in 1975. In 1980 he passed the American Board of Family Practice. From 1980-1989 he served as Missouri State Air Surgeon. Dr. Peterson retired from the Missouri Air National Guard, 139th Rosecrans in 1989 with Federal Rank of Colonel and State of Missouri rank of Brigadier General. In 1989-1990 he served as President Medical/Dental Staff at Heartland Regional Medical Center. In 1994 in efforts to recruit physicians to the area Dr. Peterson sold his practices to Heartland Regional Medical Center, now known as Mosaic Life Care as the first clinic. Dr. Peterson retired from Medical Practices in 1997.

Dr. Peterson’s passions were serving his country, his community, his patients, grandchildren and great-grandchildren. As a hobby he enjoyed fishing, gardening and watching the Kansas City Chiefs.

He was preceded in death by his parents, Evan A. Peterson, Sr. M.D., Elizabeth (Walstrom) Peterson; his brother Robert W. Peterson and a sister Elizabeth M. (Peterson) Bersch. 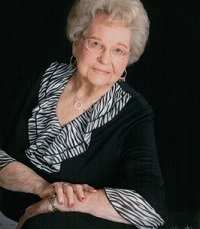 Services will be held at 11:00 AM, Wednesday, December 4, 2019 at Becker-Dyer-Stanton Funeral Home with burial to follow at Mt Vernon Cemetery. The family will receive friends one hour prior to the service at the funeral home. In lieu of flowers, memorial contributions are suggested to Atchison Public Library for large print books or Atchison County Food Pantry at First Christian cargo van fund and may be sent in care of the funeral home. Online condolences may be left at www.beckerdyer.com.

She was born September 8, 1925, in Randolph, Kan., the daughter of Jacob and Ellen Mae Shaver. She attended schools in Riley County and moved to Atchison in 1948. She married David Dettmer on Oct. 20, 1943, at the First Christian Church in Manhattan. They were married for 53 years. He preceded her in death in 1996. Having had to leave school after the 8th grade to help on the family farm, she earned her GED in adulthood and went on to earn her Education for Ministry certification in the late 1980s. She was a talented seamstress, a great cook, a good guitar player, an impressive softball pitcher, and an avid reader. Although she was legendary for cutting someone's head off in almost every picture she took, she loved capturing memories with loved ones. And there was nothing she loved more than her family. A close second was being of service. She was active in the First Christian Church (Disciples of Christ), serving as secretary of the board; chairman of the Outreach, Membership, and Christian Education committees; deaconess; elder; and youth group sponsor. She held every office in the Christian Women’s Fellowship group, and was president of the church sewing group, chairman of the church’s three prayer chains, and elder emeritus. She was a lifelong member of the Girl Scouts (active for more than 25 years) and was active in the Martha Washington Chapter No. 215 Order of Eastern Star, and the community.

Also preceding her in death were her parents, two brothers, Ellis and Jake, and one sister Virginia.