Griffons rally to force OT, but fall at Colorado Mesa 94-92

GRAND JUNCTION, Colo. – The Missouri Western men's basketball team finished regulation on a 14-1 run to force overtime at Colorado Mesa (3-2), but without four starters for much of the overtime period, the Griffons (3-4) fell 94-92 on Friday night.

Down by 13 with 3:37 to play in regulation, MWSU finished the final 3:09 going 4 for 6 from the field and 5 for 5 at the line while holding Colorado Mesa without a field goal down that stretch. Alexander John sunk a layup with 28 seconds left that tied the game at 84 and helped the Griffons overcome a Maverick lead that reached as many as 19 points in the second half. The Griffons outscored the home team 42-25 over the final 13:12 in regulation, but saw some of their stars exit the game with fouls.

As the only starter left, Tyus Milhollin led the Griffons with a career-high 23 points. He got MWSU within a point on his fifth 3-pointer of the game with two seconds remaining in overtime. Down by two after a made free throw with one second left, the Griffons couldn't get a game-winning shot off before the buzzer.

Missouri Western continues play in Grand Junction on Saturday with a 3 p.m. tip-off against Western Colorado (2-3). The Mountaineers lost 73-71 to Montana Western on Friday. 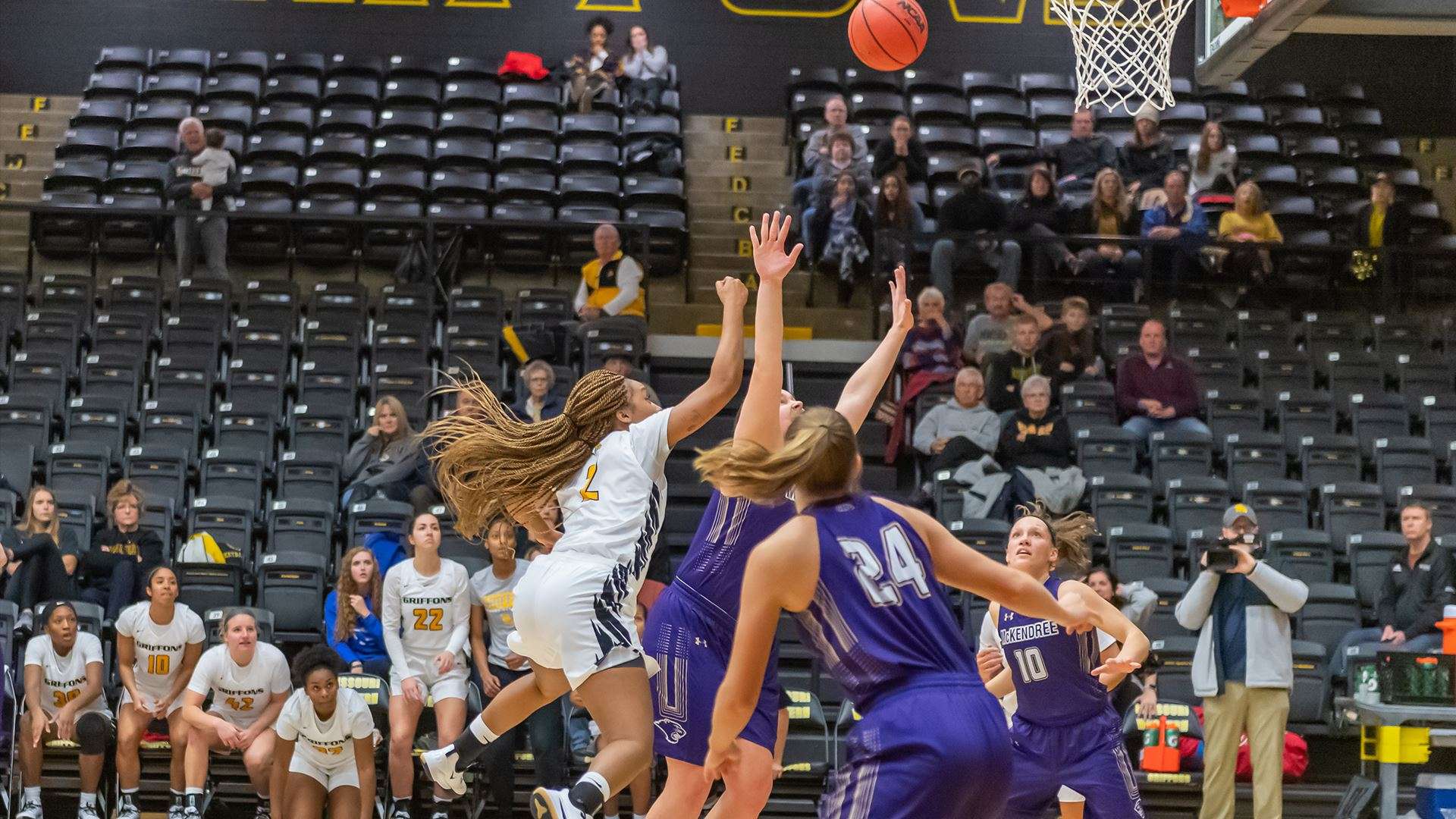 ST. JOSEPH - Tamia Cunigan scored all four of her points in the final 47 seconds and her final two points lifted the Missouri Western Women's Basketball team (4-1) to a 52-50 win over McKendree (4-1), Friday night in the Fairfield Inn Classic. It was Missouri Western's fourth straight win and the first loss of the year for McKendree.

Cunigan's game-winning layup rolled home with six-tenths of a second remaining after McKendree knocked down a 3-pointer with 10 seconds to go that tied the game at 50. The layup wasn't Cunigan's only important contribution late in the game. She also blocked a McKendree 3-point attempt with 47 seconds remaining and sunk a couple free throws to give MWSU a 50-47 lead. Cunigan's layup came off a Chris Wilson steal, one of 19 for the Griffons in the game.

Missouri Western closes out the Fairfield Inn Classic at 3:30 p.m., Saturday, against Florida Southern. The Mocs fell to 4-3 on the season with a 52-37 loss to Northwest Missouri, Friday in St. Joseph.