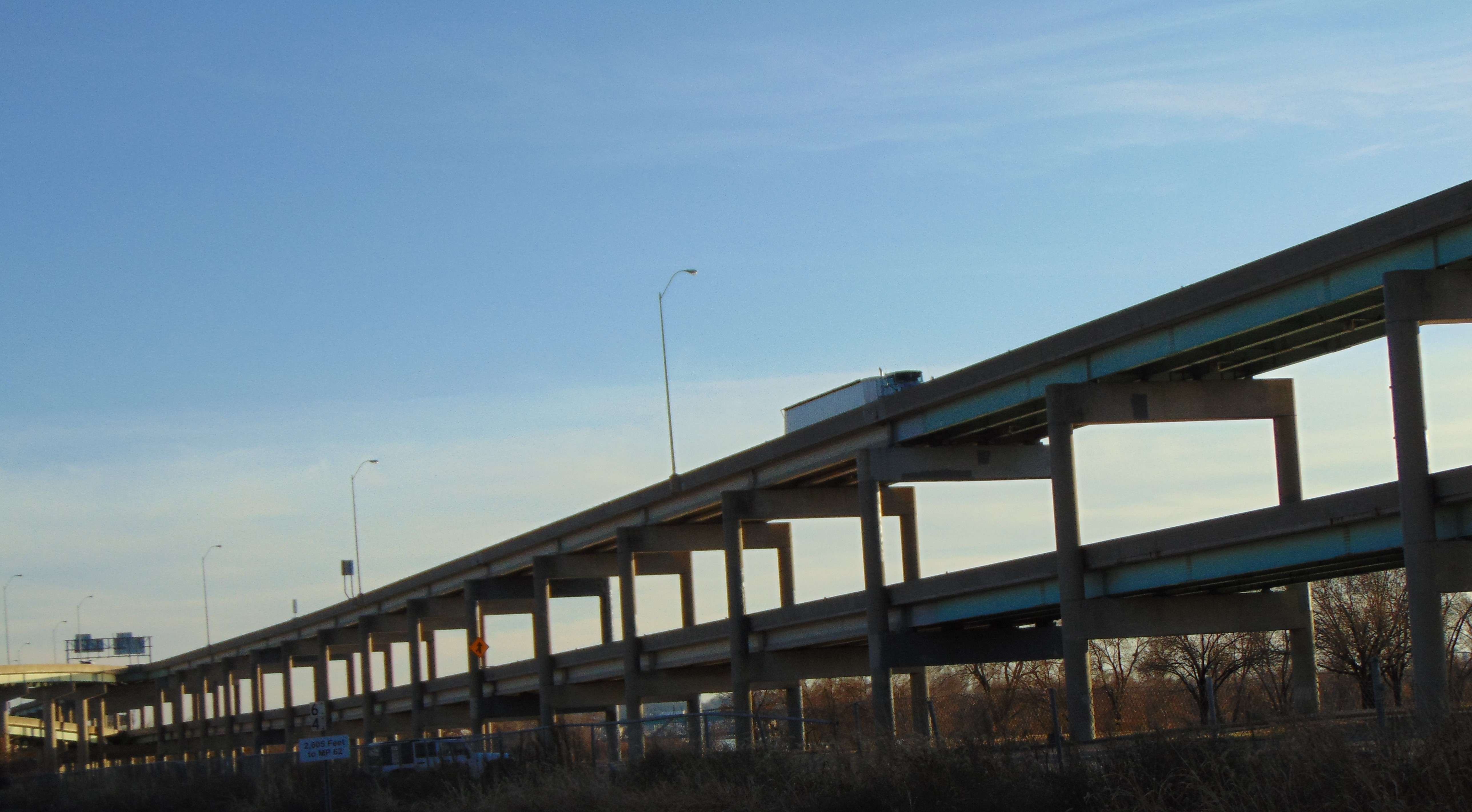 I-229 overpass in downtown St. Joseph/Photo by Brent Martin

A leading voice in St. Joseph says the city faces a generational opportunity as the Missouri Department of Transportation looks at replacing the I-229 downtown double decker overpass.

Chamber of Commerce President Patt Lilly says the double decker was innovative when built, but it isn’t anymore.

“It was an earmark project in its day,” Lilly tells host Barry Birr on the KFEQ Hotline. “The Congressman representing this area and city leaders decided we need to find a way to try to help save downtown and improve transportation generally. To their credit, over time, they were able to secure the funding for what is today 229.”

MoDOT is consideration change, mainly due to the cost of maintaining the elevated interstate which runs along the Missouri River by downtown St. Joseph.

While Lilly appreciates MoDOT’s maintenance burden, he suggests the main drawback of the I-229 structure is that it cuts St. Joseph off from the Missouri River. Lilly says the I-229 downtown overpass never fulfilled the lofty goals backers had for it and St. Joseph needs to think long and hard about a replacement.

“I find the double deck ugly and, in some ways, a negative relative to future downtown development,” Lilly says. “In part, because of how it cuts the river off from the rest of the community.”

Lilly asserts access to the Missouri River would not just benefit the downtown, but would benefit the city as a whole.

Lilly doesn’t see this as merely a transportation project. He says it as a rare opportunity and he says the city needs to make the most of it.