Lincoln's call for Thanksgiving has lessons for today 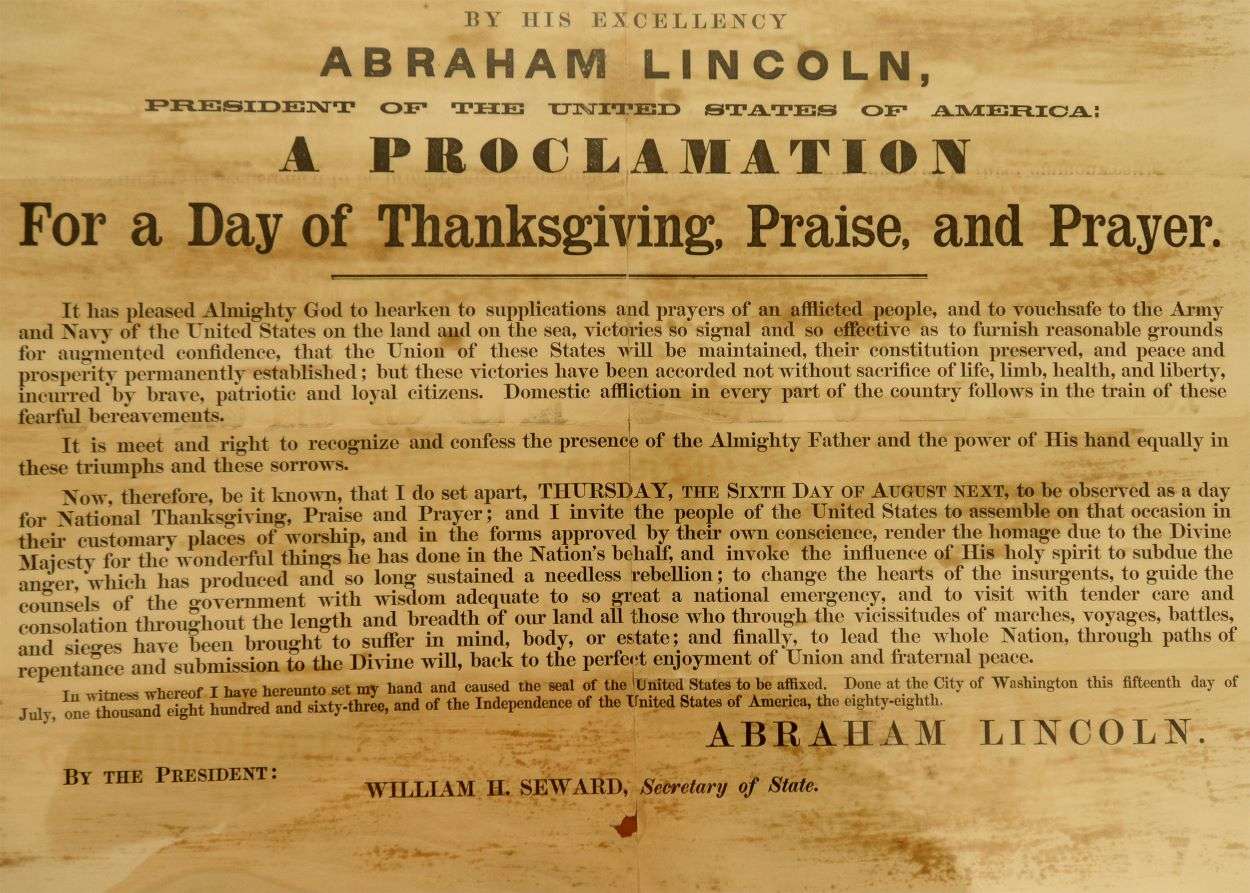 Thanksgiving, as a national holiday, has its roots in likely the darkest time in the history of the United States.

President Abraham Lincoln proclaimed the national holiday in the middle of the Civil War.

Missouri Western State University Assistant History Professor Dominic DeBrincat says Lincoln took advantage of the North’s victory at Gettysburg in 1863 to call the nation to reflect on its blessings.

“The battle at Gettysburg had taught Lincoln that success is a possibility,” DeBrincat tells St. Joseph Post. “And, so, if you actually read this proclamation, it focuses not so much on the war, but all the other things that Americans should indeed be thankful for.”

DeBrincat says it is doubtful Lincoln knew that Thanksgiving would become the celebration that it is today. He says several presidents had called for a day of thanksgiving, but it was Lincoln who made it a national holiday.

DeBrincat says Lincoln was swayed, at least in part, by Sarah Hale, editor of the leading women’s magazine, Godey’s Lady’s Book, who advocated for establishment of Thanksgiving as a family occasion.

“She had been pushing for nearly a decade and a half before Lincoln finally embraced it,” according to Debrincat. “Now, Godey’s Lady’s Book was probably the best-read magazine in the country. So, there was a lot of backing by the people for this to continue on.”

Lincoln also received support for the proclamation from his Secretary of State, William Seward. Seward, in fact, wrote the proclamation Lincoln issued after Gettysburg. The next year, Lincoln and Seward inserted an additional line, stating the country could be grateful for all the new free men and women created by the Emancipation Proclamation.

DeBrincat suggests there might be something to learn today in the fact that Lincoln made the move during the Civil War.

“Lincoln’s declaration stresses national pride, thankfulness for the blessings that one has, reverence for God, and a return to family,” DeBrincat says. “And so, no matter what your perspective or cultural outlook is, there’s something on there to ground you in a perspective that says things aren’t as bad as they seem if you turn inward.”