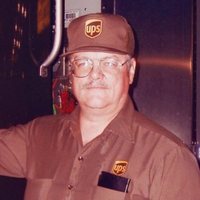 Wesley was born July 12, 1954 in Chicago, IL to Wesley and Gloria Rupe, Sr. His family moved to St. Joseph in the 1960s where he graduated from Central High School in 1972. Little did he know that that summer he would meet the person who would be by his side for the rest of his life, his future wife Kristina Costner. After dating on and off for two years, they were married at the Francis Street United Methodist church on December 14, 1974 and began their life together. He worked at Einbender's and Industrial Bearing & Transmission as a warehouse manager until 1977 when he would find the job that would be his lifelong career at UPS. He started as a package car driver and later became a feeder driver. He was inducted into the Circle of Honor for drivers who were accident free for over 25-years or more. Wes retired after 40 years of service in 2019. Wes enjoyed many interests in life including walks with his dog, Severus, traveling, fishing and became an advocate for wildlife particularly the restoration and preservation of wolves. He was an avid fan of trains of all sizes. He loved going out to chase real trains and take pictures of them. And he also liked scale model railroading. He has been a member of several model railroad clubs and railroading organizations, historical and present. Wes was blessed with the wonderful friends he met throughout his life at work and through model railroading.

Wes was preceded in death by his parents.