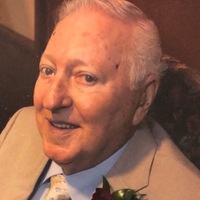 Bill was born on January 3, 1930, in Cameron, Missouri to the late Jefferson and Bertha (Jones) Marcum. He served in the United States Army and worked for Wonder Bread.

In addition to his parents, Bill is preceded in death by his wife June (Goodman) Marcum.

Per his wishes, Mr. Marcum has been cremated under the direction of Heaton-Bowman- Smith & Sidenfaden Chapel. Private inurnment at a later date. The family has requested memorial contributions to St. Jude Children's Research Hospital.