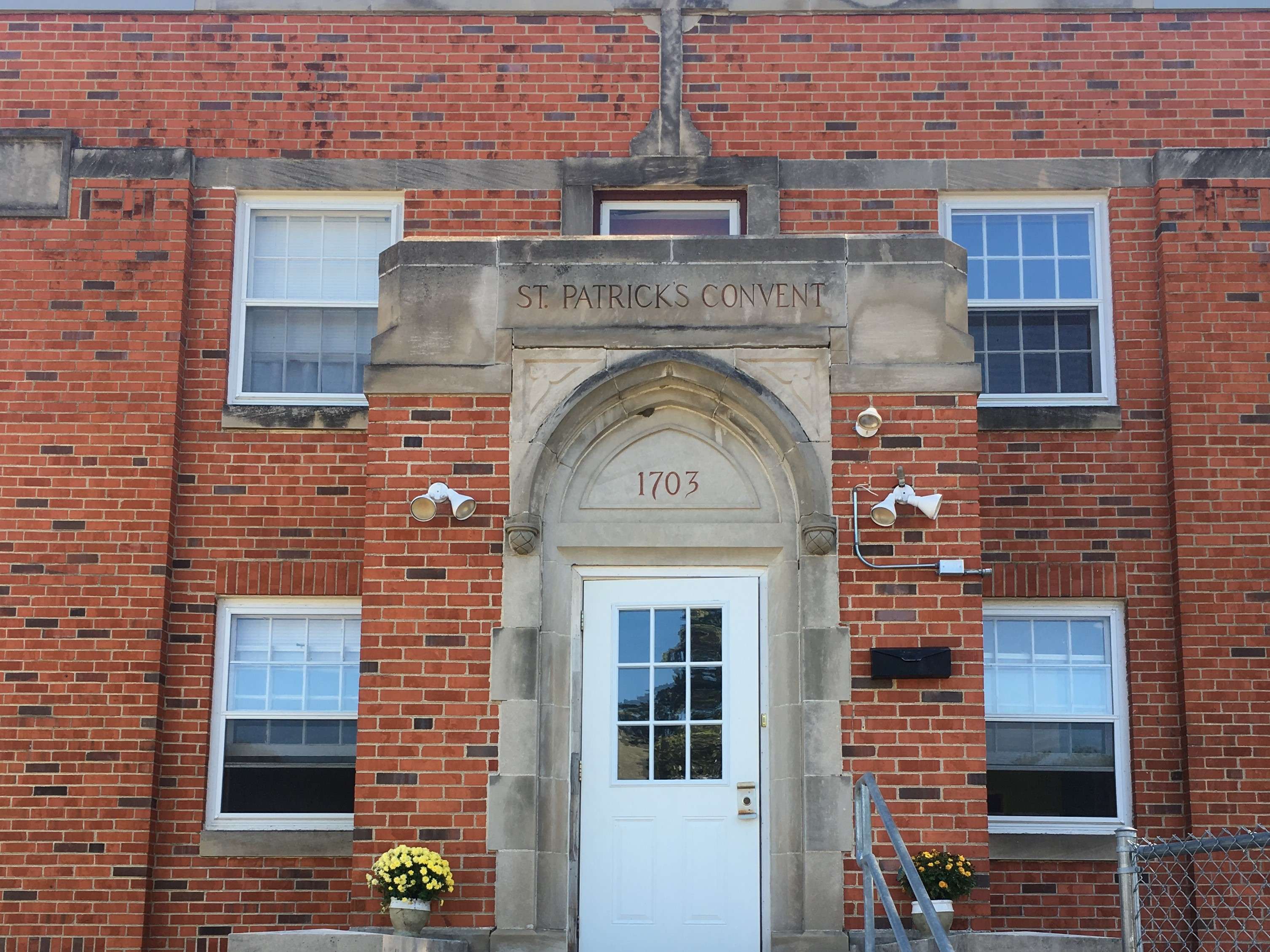 The SOS House is located in the St. Patrick's Convent building. Photo courtesy of Sisters of Solace.

An overnight fundraiser takes place this weekend to benefit the opening of a shelter for homeless women in the St. Joseph area.

Stacy Kerns says the non-profit group Sisters of Solace started up last year and their first event this year is based on a nationwide event called Sleep Out America.

“Every Friday before Thanksgiving, in big cities, lots of people agree to sleep out overnight in a park," Kerns says. "They ask their friends and family to sponsor them and all of the proceeds from those events then go to an organization that cares for homeless children.”

Kerns says they will be holding a similar event called Sleep Out St. Joe at Civic Center Park with proceeds going to the SOS House for homeless women in emergency situations.

The SOS House is located in the old St. Patrick’s convent which Sisters of Solace purchased, renovated and made into eight bedrooms.

“They have all been sponsored by individuals and churches and service organizations in the community," Kerns says. "They have painted and furnished and decorated those rooms and they’re beautiful and will definitely be a place of healing and dignity for the eight ladies who are able to stay there.”

“If I reach my $5,000 goal, I will move from sleeping in a tent to sleeping in a cardboard box because the idea for the event is actually twofold," Kerns says. "The first is really to bring awareness to the harsh realities of having nowhere to stay for the night... and then the second is to just raise money so we can open the SOS House and homeless women can be off the streets by the end of this year.”

For more information about Sisters of Solace or the Sleep Out St. Joe event this weekend, go to sosstjoe.org. 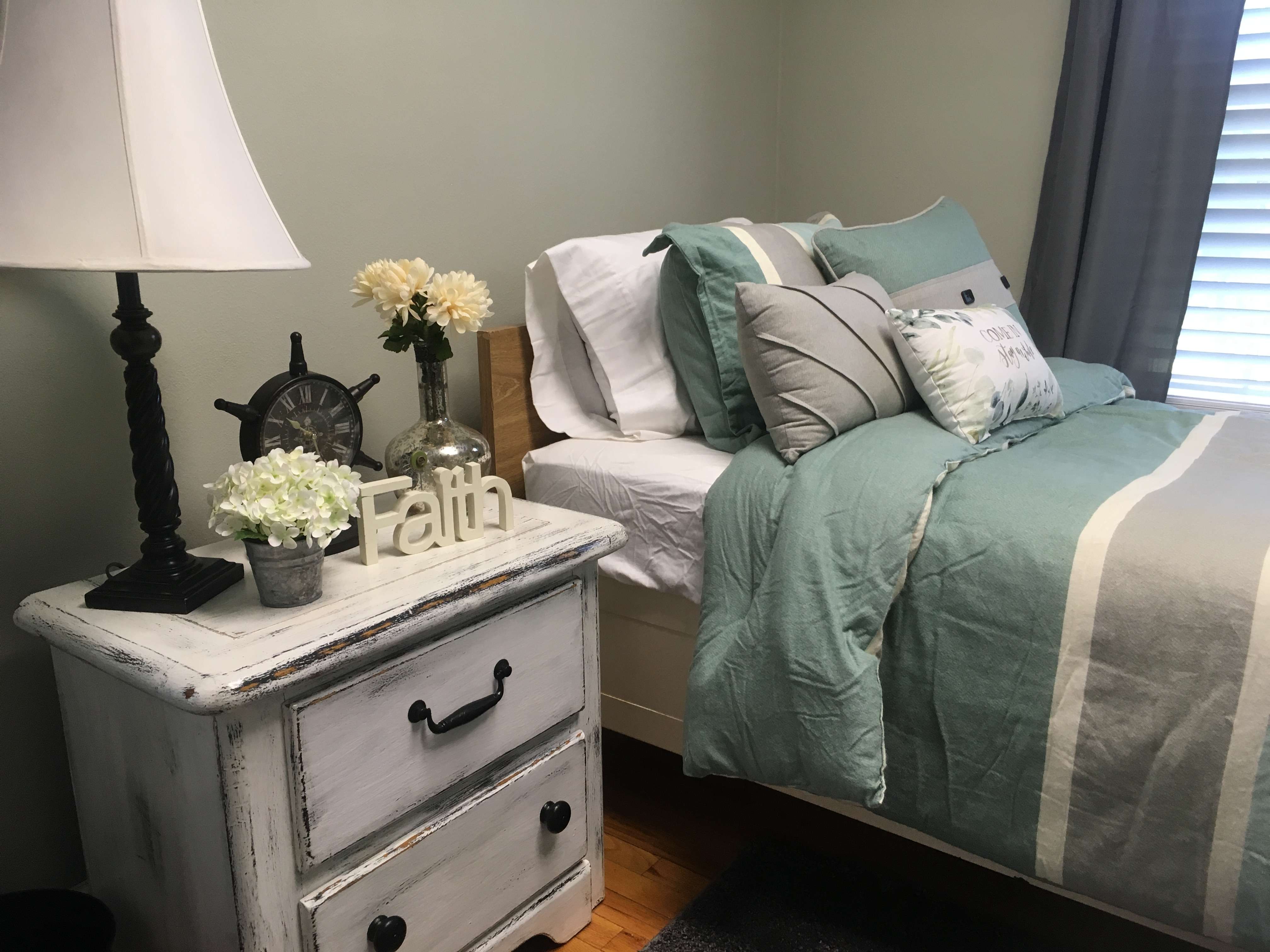 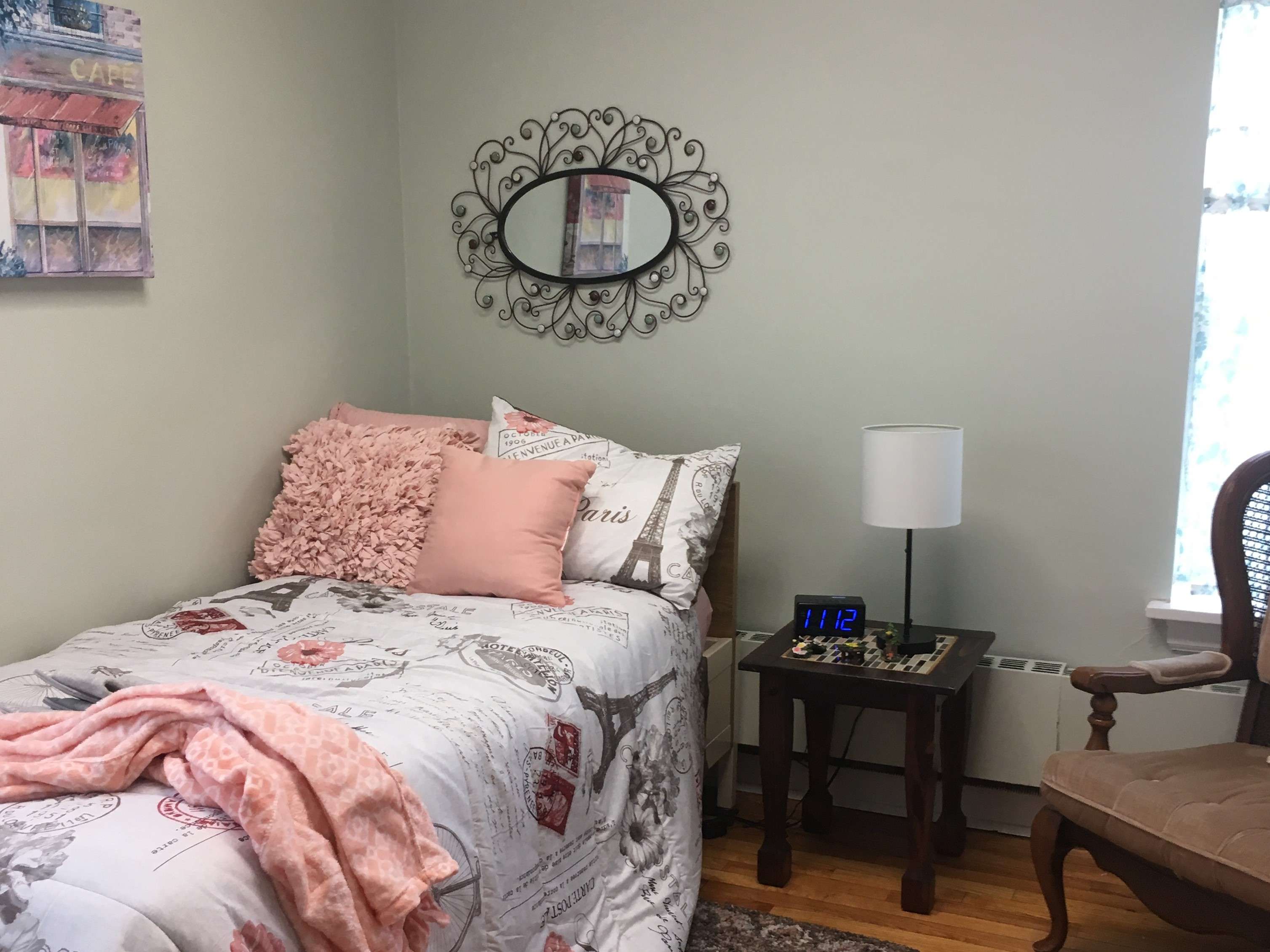 Two of the eight bedrooms in the SOS House. Photo courtesy of Sisters of Solace.