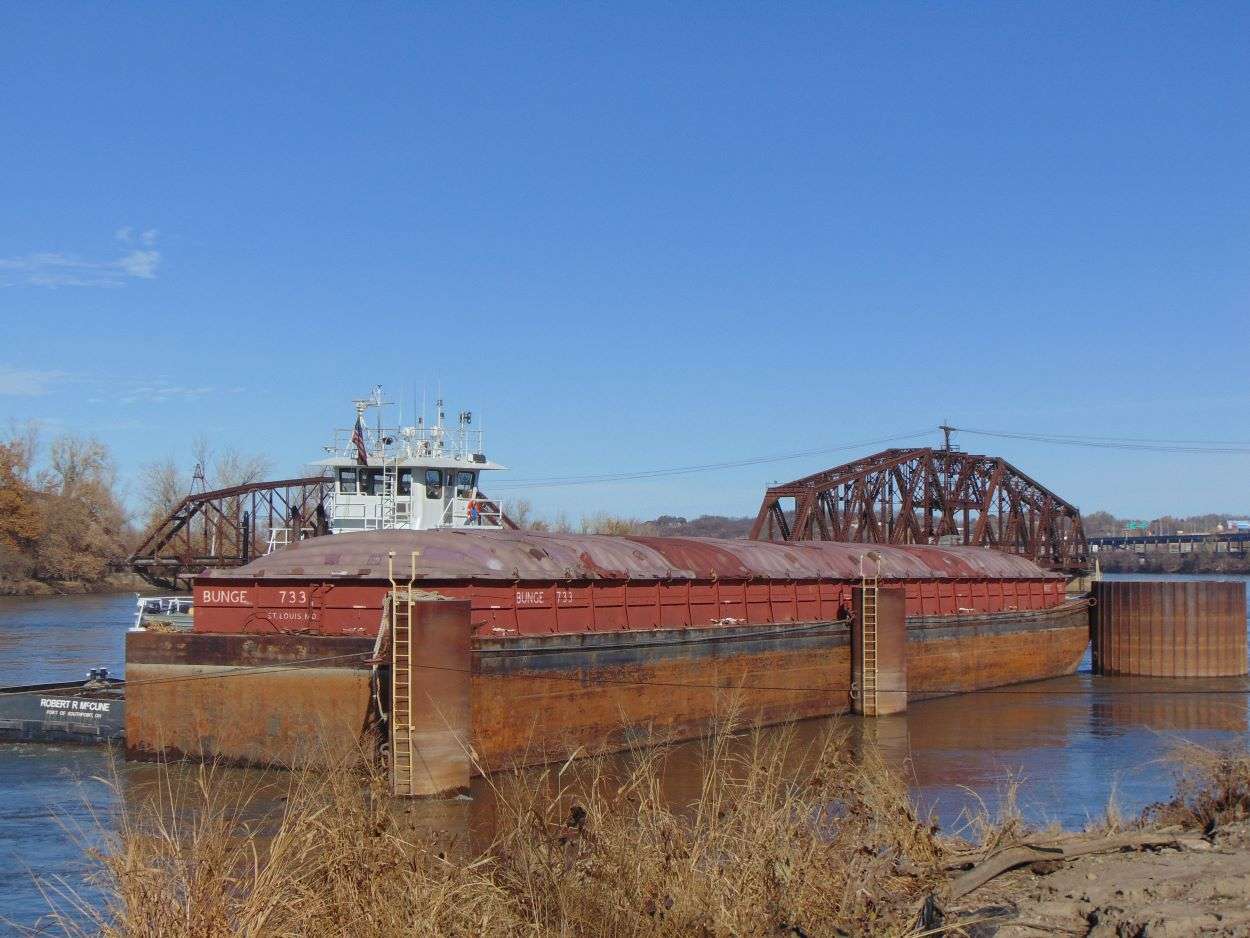 Grain is being shipped by barge from the new St. Joseph port on the Missouri River for the first time.

Scott Gage with Central Commodities says barges are being loaded with soybeans at ransport 360, the operator of the St. Joseph Port Authority.

“Right now, we’re loading two, which will be a little over 100,000 bushel and we’ll just have to see where the markets at from here,” Gage tells St. Joseph Post as he observes soybeans being unloaded from trucks into a barge on the Missouri River.

It’s a big day for Transport 360 with CEO Bill Becker also watching as the barges are being loaded.

“These particular barges are going down to the Gulf, yes, and it’s soybeans that will be delivered to the Gulf, reloaded on to a ship and they’re destined for export to some destination,” Becker says.

Barges began leaving the Transport 360 port this week with the two barges hauling Central Commodities soybeans being the first barges to carry grain from the facility just off U.S. Highway 36.

The barges hold 54,000 bushels of soybeans each. The begin their journey down the Missouri River to St. Louis and then on to the Gulf of Mexico for export.

Gage says Central seeks the highest price, whether it is in St. Joseph, Kansas City, or overseas through the Gulf of Mexico. He says shipping by barge is much cheaper than the cost of shipping by truck or even rail, which opens export markets for his grain.

“We can get so many more bushels on a barge, where a truck, freight, logistically you couldn’t make it work. It would cost way too much in freight,” Gage says. “I mean, you’re talking a thousand bushels on a truck versus 54,000 bushels at one time.”

After a barge season interrupted by Missouri River flooding, Transport 360 hopes to ship between 15-and-20 barges this fall.

Becker says while the Missouri remains high, it isn’t too high to ship grain on it.

“Now, the water might rise 10 feet, it still doesn’t create a big advantage or disadvantage, really,” according to Becker. “The only time that it became a major issue was that it got so high last spring that St. Louis shut down and they couldn’t get barges in. In a lot of cases, our water was at a stable level, but we couldn’t get barges because the Mississippi was too high and so they were locked up there.”

Becker says the St. Joseph Port Authority would like to see 80-to-100 barges ship each year from St. Joseph. 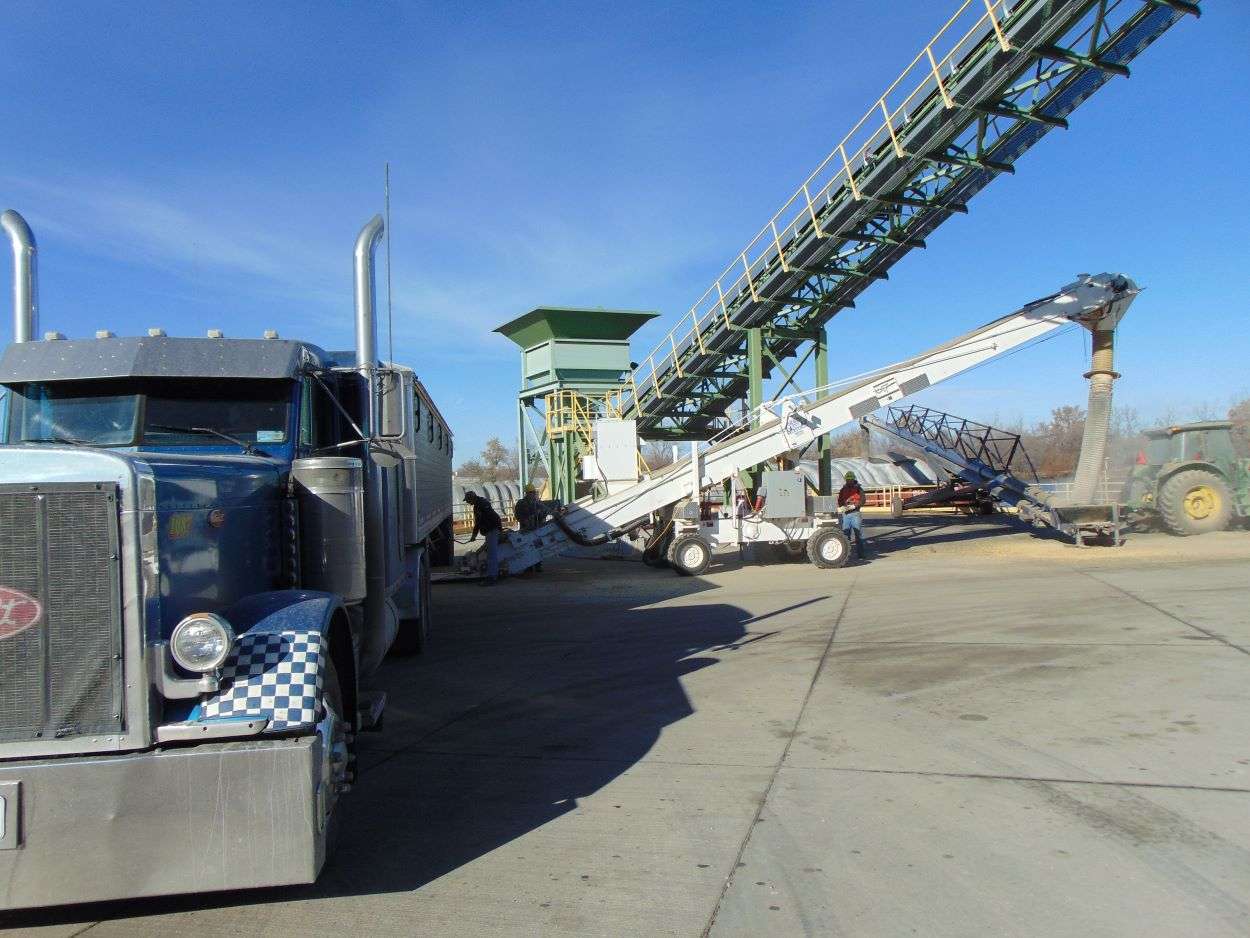 Trucks unload soybeans for shipment by barge from Transport 360. 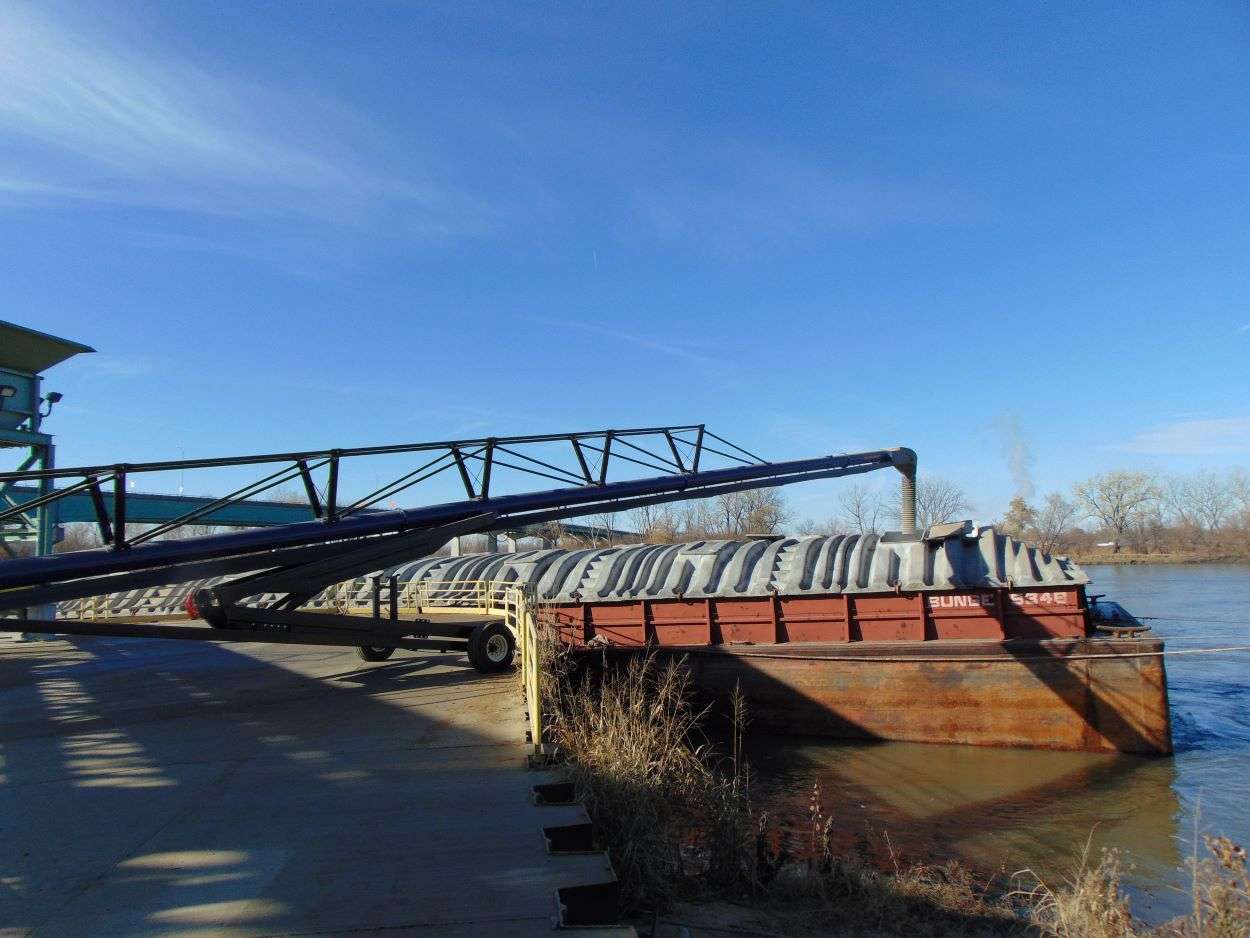 Soybeans being loaded onto a barge.