The same Leavenworth County, Kansas, judge that allowed Hugo Villanueva-Morales to avoid prison in the case also made news earlier this year when he reduced the sentence of a convicted sex offender because he said the 13- and 14-year-old girls who were victims in the abuse were actually "aggressors." Police continue searching for Villanueva-Morales. He and 23-year-old Javier Alatorre are charged with four counts of first-degree murder in Sunday's shooting at the Tequila KC bar in Kansas City, Kansas. Alatorre was arrested hours after the shooting in Kansas City, Missouri. 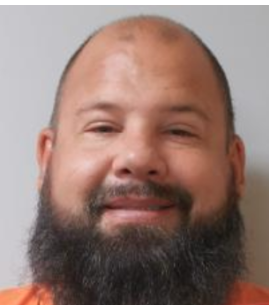 Pleviak is being held in Kingman County

TOPEKA– A former ICE officer was indicted today on a charge of impersonating a federal officer, according to U.S. Attorney Stephen McAllister.

Andrew J. Pleviak, 42, Topeka, is charged with one count of false impersonation of a federal officer. In court documents, Pleviak is alleged to have tried to have a man who was arrested by the Kingman County Sheriff's Department released from custody. Juan Tapia-Alfaro was arrested after deputies allegedly found a Kansas driver's license he fraudulently obtained using a birth certificate and Social Security number of a person living in Puerto Rico.

On the same day, Pleviak is alleged to have called the Sheriff's Department claiming to be a supervisor with Immigration and Customs Enforcement. In fact, Pleviak was no longer an ICE employee. In 2018, he was convicted of violating a federal computer security statute. On Sept. 3, 2019, Pleviak allegedly gave the Sheriff's Department a letter on ICE letterhead claiming that Tapia-Alfaro was working as a confidential informant for the Drug Enforcement Administration and requesting charges be dropped. Sheriff's Department officers saw through the ruse and arrested Pleviak on the spot. According to court records, Tapia-Alfaro said he knew Pleviak from doing work on Pleviak's house. If convicted, Pleviak could face up to three years in federal prison and a fine up to $250,000. The Kingman County Sheriff's Office and Homeland Security Investigations investigated. Assistant U.S. Attorney David Lind is prosecuting.