Hillsboro Community Hospital in Hillsboro, Kansas, about 50 miles north of Wichita, has kept its doors open through a receivership and bankruptcy. photo by Dan Margolies

The company, Rural Hospital Group, was formed in 2017 and has acquired three other rural hospitals: one in Wellington, Kansas; another in Boonville, Missouri; and a third in Marion, Kentucky. It has since sold the hospital in Boonville. Hillsboro Community Hospital was placed in receivership in January and then in Chapter 11 bankruptcy after its previous owner defaulted on its bills and other financial obligations.

Davis said he expects the purchase to close before the end of the year. “If there are no other bidders, our bid will be accepted as the bid and we will close fairly quickly,” he said. The 15-bed hospital has endured multiple owners and a bankruptcy over the last couple of years. In 2017, its operations were taken over by a group of Miami businessmen led by Jorge Perez, a group that had acquired control of nearly two dozen distressed rural hospitals across the United States.

Last week, a member of the group, David Byrns, was charged in federal court in Kansas City with one count of conspiracy to commit health care fraud. Byrns was CEO of Putnam County Memorial Hospital in Unionville, Missouri, another 15-bed hospital taken over by Perez’s group before it was ousted by the hospital’s board of trustees.

The Unionville hospital was the subject of a scorching audit more than two years ago by Missouri State Auditor Nichole Galloway, who questioned the legality of a lab billing scheme orchestrated by the group. Byrns stands accused of submitting fraudulent laboratory test claims on behalf of patients who never set foot in Putnam County Memorial Hospital. Court documents indicate the criminal case has been transferred to Florida for a future plea and sentencing. Late last year, Perez’s group, Empower HMS, began missing payments on Hillsboro Community Hospital’s bills, and the town, which lies about 50 miles north of Wichita, threatened to cut off the hospital’s electricity. The Bank of Hays eventually sought to foreclose on the hospital after it defaulted on a construction loan, which led to the appointment of a receiver to run the hospital’s affairs. The receiver, Cohesive Management + Consulting, in turn put the hospital in Chapter 11 bankruptcy in March. About a dozen other hospitals operated by Perez and his associates are now in bankruptcy.

Unlike Hillsboro, those hospitals have remained under the group’s control and their bankruptcy cases have all been consolidated in North Carolina. Under the auspices of its Chapter 11 bankruptcy trustee, Hillsboro Community Hospital’s finances have stabilized. Davis said the hospital still has not been able to access financial statements predating the bankruptcy because Perez’s group installed its own electronic records system and cut off access to it after they were ousted. “So if you just look at day one, which is like January of this year, right to this day, that’s the only financial information we have had to make our evaluation,” Davis said.

“But at least we know that’s been prepared honestly.” Davis said his group’s turnaround strategy generally entails reducing staff, renegotiating contracts, updating a hospital’s fees and installing its own electronic system. “A lot of this almost doesn’t really apply to Hillsboro because Hillsboro went through a unique situation,” he said. “But generally speaking, most rural hospitals that are in financial trouble either have poor governance or poor management or both.” RHG plans to fund its purchase with its own money as well as a loan from the Bank of Hays, according to bankruptcy court documents. Brent King, Hillsboro’s Chapter 11 trustee, said he was looking forward to establishing a relationship with RHG. “They understand rural healthcare and they will serve the Hillsboro community with pride,” he said.

Dan Margolies is a senior reporter and editor. You can reach him on Twitter @DanMargolies. 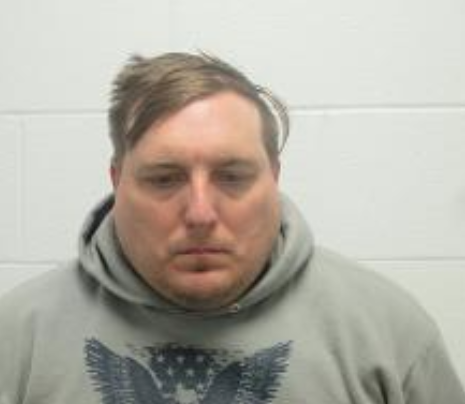