DOUGLAS COUNTY —Law enforcement authorities are investigating after two female students on the University of Kansas campus reported a man exposed himself to them Tuesday morning, according to a media release from the university office of public safety. The incident occurred on a sidewalk between Hashinger and Lewis Halls. Authorities released security camera images of the suspect who left the area in a dark 4-door vehicle. Police need help identifying the suspect. If you have information, call police. 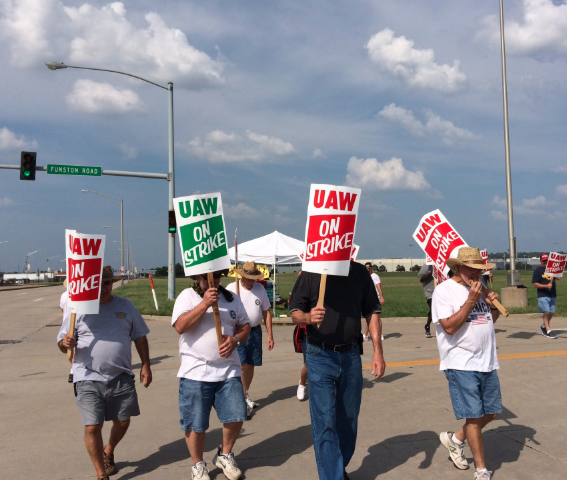 DETROIT (AP) — Industry analysts say the 23-day strike by General Motors workers has cost the company production of 165,000 cars and trucks and has passed the point where the GM can make up lost volume.

That means losses are growing for GM, even though dealers have enough inventory to get by for several more weeks.

GM made another offer Monday and talks continued Tuesday but were hung up on large economic issues.

A person briefed on the talks says the union wants hourly wage increases versus lump-sum payments favored by the company. They're also haggling over pensions, faster wage increases for workers hired after 2007, and products for U.S. factories.

The person didn't want to be identified because the talks are confidential.