Amid concerns, 4 killed over 24 hours in Kansas City

KANSAS CITY (AP) — A series of shootings has left four people dead in Kansas City over 24 hours as concerns mount about violent crime in the state's two largest cities.

After Missouri Gov. Mike Parson met with leaders in St. Louis to discuss the problem, two people were killed around 9:45 p.m. Tuesday inside an apartment in southern Kansas City.

The scene of that shooting is less than 1 mile from where a shot-up Ford Mustang crashed into a parked vehicle about six hours earlier. Police say the driver was taken to a hospital in critical condition and the passenger was pronounced dead at the scene. The fourth victim was killed late Monday. He was identified Tuesday as 41-year-old Antwain Foster. None of the other victims have been identified. 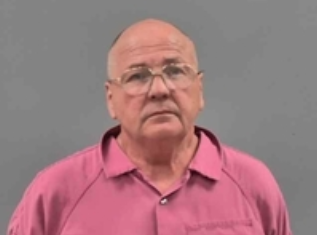 SPRINGFIELD, Mo. (AP) — The sons of 31-year-old Cynthia Smith, who was killed more than 30 years ago in southwest Missouri, say they are happy that someone has been charged in the crime that caused them to be separated as children.

Lawrence Gene Timmons, 65, was indicted Friday on a first-degree murder charge in Smith's death and six charges of unlawful possession a firearm for incidents that allegedly occurred in 2017 and 2019. During an arraignment Tuesday, Circuit Court Judge Jack Goodman entered not guilty pleas for Timmons, who does not yet have an attorney.

A court official told Goodman Tuesday that Timmons was not eligible for a public defender because he has more than $250,000 in assets. After Timmons told the judge he didn't have "anywhere near $250,000" Goodman ordered an indigent hearing on Oct. 8.

Jason Smith was just 4 in 1988 when his mother didn't pick up him and his then 8-year-old half-brother, Shawn Goodspeed, from a babysitter. After the body was found about a week later, Shawn was sent to live with his dad in California and Jason remained in Missouri with his grandparents.

Cynthia Smith was last seen leaving a Mt. Vernon, Missouri, bar with a man. Her body was found at a rural cemetery near Pierce City, about 50 miles (80 kilometers) southwest of Springfield.

Jason Smith, who is now 35 and living in Springfield, said Monday he doesn't have many memories of his mother,

"Probably my biggest memory — (her death) is solely what separated my brother and I, for pretty much all of our lives,"

The older brother, Jason Goodspeed, now 39, remembers his mother as a kind and loving woman who sometimes cried when residents at a long-term care facility in Aurora where she worked had died.

"Her dying just changed everything," he said. "Everything."

Lawrence County authorities say Timmons is a suspect in the 1994 death of his first wife, Deborah Jean Timmons, and in the 1998 drowning death of an 11-year-old girl who was a friend of a daughter Timmons had with Deborah Jean.

The Associated Press could not independently verify that Timmons was being investigated in those deaths. A Lawrence County sheriff's detective told the AP Tuesday the department is working with other agencies, but would not say if Timmons is suspected of the Oklahoma killings.

Smith said he only recently learned that Timmons was convicted of felony kidnapping and assault following a 1976 incident with an 11-year-old Springfield boy and that Timmons was accused but acquitted of raping a 24-year-old Monett woman just hours before his mother's disappearance.

"I didn't know about that," Smith said. "It seems like somebody — I wish they'd have caught him sooner."

Goodspeed, now 39, and living in Tempe, Arizona, said he knew Timmons was questioned when his mother disappeared but he wasn't aware of his extensive criminal record. He said he still wonders what happened to his mother before she was killed and often questioned if the case would be solved.

"He's affected a lot of families, a lot of people," Goodspeed said. "I can't help but have some annoyance at the original investigation from the beginning. Had they got it right, they'd have saved those lives. And I hope those families, I hope they find their closure as well."

In New York state Monday, the Monroe County Sheriff's Office said there was no evidence that Timmons committed any crimes while living in the Rochester, New York-area from 2004 to 2014. But officials from Perinton, New York, said Monday that in 2014, Timmons falsified information on a job application and was hired as a public park watchman.