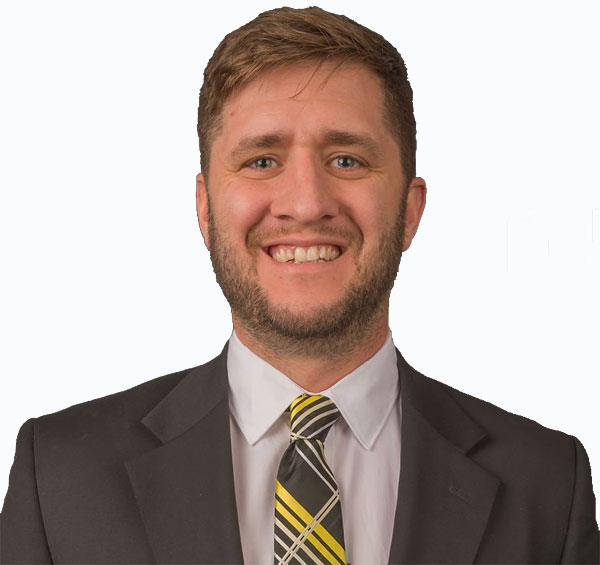 "Coach Ingold's promotion to head coach is well deserved. He has earned the right to lead this program into the future," Looney said. "Cody has been with us since day one, been incredibly loyal the department and University, grown his leadership within the program, and will continue the progression of our young team. He has taken over leadership of our distance programs over the past year and was instrumental in leading Phil Thompson to two-time All-America status in our inaugural year as a program. Cody, his wife Alice, and son Oliver, are excellent representatives of Griffon Athletics and I am excited to see the continued progression and accomplishments he will make leading our program."

"I am very grateful to have had the opportunity to serve as head coach at Missouri Western," Litvinski said. "This is a very difficult and personal decision, but I must step down from my position to devote time to personal concerns and family matters. Our student-athletes deserve an opportunity to have a quality experience that is becoming challenging for me to deliver. Thank you to the administration, fellow coaches and student-athletes for believing in me. I am proud to be a Griffon."

Under Litvinski's watch, the teams excelled in the classroom, posting record GPAs last year in addition to performing hundreds of hours of community service. Hanna Williams became the program's first-ever NCAA Division II National Championship automatic qualifier in the winter and qualified again for the outdoor championships. The teams made significant progress across the board under Litvinski's leadership.

"Coach Litvinski emptied the tank with his devotion to growing our young track and field program," Looney said. "The structure, organization and vision he brought to Missouri Western aided us in taking significant steps forward with classroom, community and competitive accolades. We wish Coach Litvinski all the best as he shifts his focus to personal matters and are thankful for his contributions to our athletic program."

Ingold came to Missouri Western in 2017 to be the assistant coach of the new programs and served as interim head coach during the summer of 2018. He previously served as the head men's cross country coach for three seasons and head men's track & field coach for two seasons at St. Gregory University in Shawnee, Oklahoma. Under his guidance, the Cavaliers had 13 national qualifiers, three all-conference athletes, one All-American and one NAIA national champion.

"I am excited for the opportunity to lead these programs," Ingold said. "I knew Missouri Western was a special place the day I stepped on campus in 2017. I am thankful that Dr. Looney and the administration here believe in me and my vision to continue moving these teams forward. Alice, Oliver and I are pumped to continue to represent Griffon Athletics, Missouri Western and the St. Joseph community"

Ingold graduated from Doane College in 2009 with a bachelor's degree in Physical Education. As a member of the Tiger Track program he was a team captain, seven-time national qualifier in the multi-events and 4x400 relay and two-time NAIA All-American in the 4x400 relay. He was also honored with the 2009 NAIA Individual Champion of Character award.

He and his wife Alice live in St. Joseph with their son Oliver.

Adam Engel added a solo shot for as the White Sox won their second straight, but just their fourth in 14 games.

Adalberto Mondesi, Alex Gordon and Ryan O'Hearn went deep for the Royals on a warm night where the ball carried well and every run was scored on a homer.

Ivan Nova (10-12) allowed three runs in 5 2/3 innings to snap his three-game losing streak. The right-hander yielded six hits, including the Royals' three solo shots, while walking none and striking out five.

Mondesi homered in the top of the first to put Kansas City ahead.

The White Sox loaded the bases with one out in the bottom of the inning when Moncada's hot comebacker glanced off the heel of Junis' glove for an infield single. Jimenez followed, and he lined his 25th homer into the visitors' bullpen in right on a 1-1 pitch.

Engel homered on the first pitch in the bottom half.

Moncada's 23rd homer, off Kevin McCarthy in the seventh, also landed high in the batter's eye and was measured at 452 feet.

White Sox shortstop Tim Anderson entered the game with an AL-leading .334 batting average, but went 0 for 4 to drop to .331. Other numbers are at play as the 26-year-old seeks to become the third batting champion in White Sox history, following Hall of Famers Frank Thomas (1997) and Luke Appling (1936 and 1943).

Anderson has only 435 at-bats because he missed five weeks with a right ankle sprain. To qualify for the batting title, a hitter needs 502 at-bats. Chicago has 18 games remaining.

Manager Rick Renteria said he'll try to get Anderson the at-bats he needs, but not at the expense of his "physical well-being."

"Obviously you know that something is at stake for him as well and you try to balance it as best you can," Renteria said.

First baseman Andrew Vaughn, drafted No. 3 overall and signed by the White Sox out of Cal-Berkeley in June, made his first trip to Guaranteed Rate Field and met with players and coaches. Rated by Baseball America as the top hitter in the 2019 draft, Vaughn played for two Class-A teams this season.

Royals: RHP Jake Newberry (shoulder) was reinstated from the 10-day IL. He last pitched on Aug. 19.

White Sox: Renteria was back in the dugout -- with his right arm in a sling -- after undergoing right rotator cuff surgery on Friday and missing Chicago's weekend series against the Angels. Renteria attributed the injury mostly to "wear and tear," but said one throw earlier this year worsened his shoulder to a point where he needed surgery.