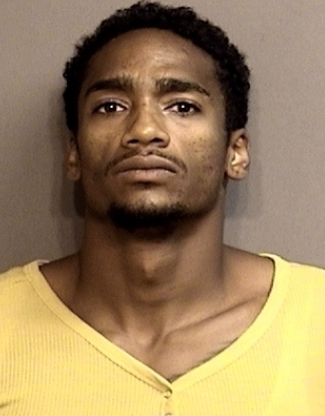 COLUMBIA, Mo. (AP) — A Missouri man has been charged with stabbing his girlfriend's dog, then strangling the animal to death after getting into a vehicle to take it to a veterinarian.

Mark Michael Jones Jr., of Columbia, is jailed on $10,000 bond after he was charged last week with a felony count of animal abuse. No attorney is listed for him in online court records.

On Aug. 25 the girlfriend heard her dog yelp multiple times. The probable cause statement says she found the dog with two stab wounds. Jones was in the apartment kitchen holding a knife. 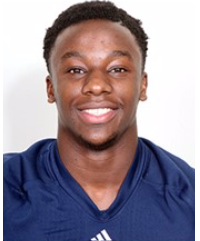 Ballentine testified Monday, a day after making his NFL debut. He was wounded April 27 in Topeka in the shooting that killed 23-year-old Dwane Simmons, just hours after the Giants drafted Ballentine. Ballentine testified in a preliminary hearing for 18-year-old Alejandro Mendez, of Topeka, who is charged with first-degree murder and 11 other counts.

He recounted how he, Simmons and others were standing outside a house when a car stopped nearby and began firing at the group. Simmons, a defensive back who would have been a senior this fall, was killed. Ballentine was shot in the buttocks. After the hearing, Mendez was bound over for trial.