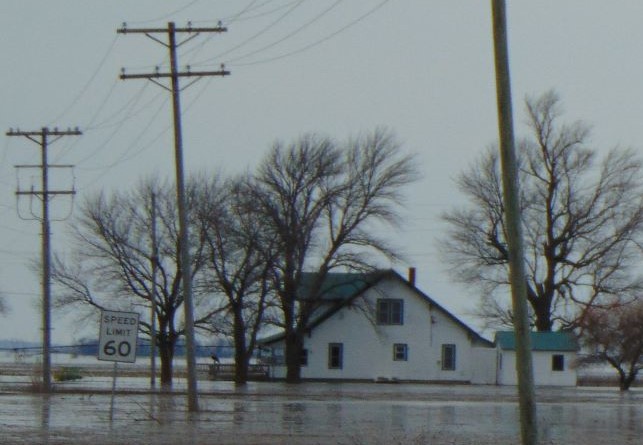 Flooding at Craig, earlier this year/Photo by Brent Martin

Congressman Sam Graves is not happy with how FEMA has distributed federal disaster aid to northwest Missouri flood victims.

Graves, along with US Senators Roy Blunt and Josh Hawley, has written FEMA, the Federal Emergency Management Agency, asking the agency to explain who is eligible for individual assistance and how they access the money.

“This process has been extremely confusing and it’s been very poorly communicated by FEMA, at least the process of providing individual assistance,” Graves tells St. Joseph Post. “So, we’ve asked them to clarify some things, some things like what an individual has to meet to be eligible for that assistance. What does FEMA determine when non-FEMA resources can no longer provide adequate assistance.”

Graves says home and business owners affected by the March floods have been locked out of assistance which covers April 29th to July 5th, in accordance with the presidential disaster declaration. He argues it should be considered one long flood event, not two separate ones.

Graves says this has had real consequences.

“We’ve had 19 people in my district that were turned down, because they are in that time period,” according to Graves. “We’re trying to get them to take another look at that obviously, to change that, because it doesn’t make any difference if it was the first flood or the second flood, they should still be eligible.”

In the letter, Graves and the senators state, “For many of our constituents, the flooding began on March 11th and has continued ever since. Even though water levels fell by April 17th, these constituents had less than two weeks before the floods started again on April 29th.”

The three state FEMA hasn’t adequately communicated an adjustment to its policy that homeowners whose homes have “sustained damage” since April 29th may be eligible for individual assistance under the presidential disaster declaration.

“Moreover, while the agency has opened disaster recovery centers (DRCs) in affected counties, constituents often either do not know about or cannot access those DRCs. Constituents also report that FEMA’s phone representatives are frequently uncooperative,” the three write. The letter further asks for a clearer definition of “sustained damage.” It also states FEMA has failed to establish a standardized method for determining when non-federal resources are insufficient, which triggers eligibility for federal individual assistance.

Graves says FEMA has been slow to respond to the complaints in the letter.

“I think they could do a whole lot better and they should be doing a whole lot better,” Graves says. “This arbitrary time gap or these days in between, that I mentioned earlier, in between the first flood and the second flood that people can’t get the help for, that’s been a frustrating part as well.”