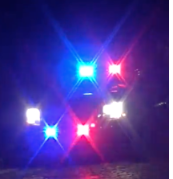 Body of missing Kansas teen found in back of tractor-trailer

OLATHE, Kan. (AP) — Authorities have found the body of a missing teen in the back of a tractor-trailer in Kansas City, Kansas.

17-year-old Jasmine Mills, of Olathe, had been missing for two days when her remains were found Saturday morning in an industrial area near the Kansas River.

Her mother, Deanna Peters, says her daughter was supposed to go do some odd jobs for an adult friend when she was last seen. Peters says the friend Jasmine was supposed to be working for told her Jasmine never arrived.

Peters is waiting for police to determine what caused her daughter's death. Police in Kansas City, Kansas, and Olathe are investigating. Olathe police have released little information except to say the death is suspicious.